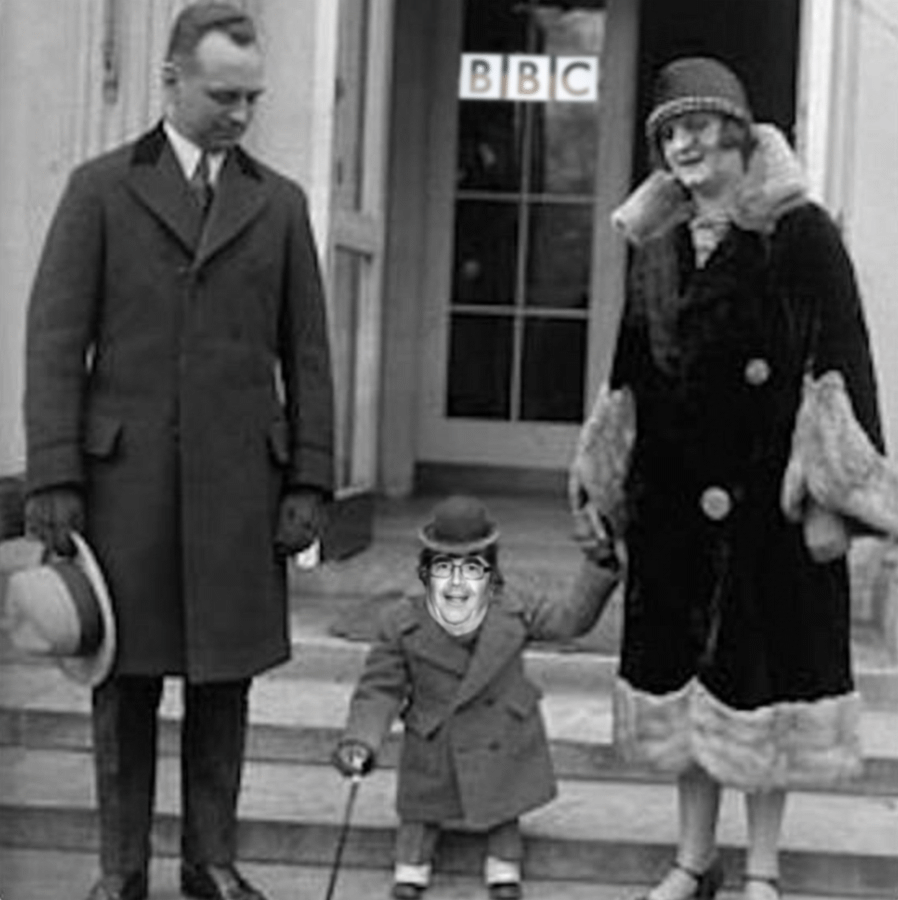 A former radio DJ has left the BBC it seems.

According to witnesses, the little fellow left the BBC by walking out the front door helped by his doting parents who he had just informed of his sacking.

“My parents were still vewwy vewwy pwoud of me even though I have now been sacked by auntie,” the DJ quipped before jumping into a tree and climbing up some branches.

Why was the DJ sacked, why did he have to leave the BBC and not a hospital?

“Something to do with a monkey. Er…you cannot post pictures of monkeys anymore. That’s it!” someone at the BBC revealed.

It’s perfectly okay though, because the DJ has a nice little £2million pad in Blackheath to rest his laurels while he recuperates. Who says champagne socialism does not pay?