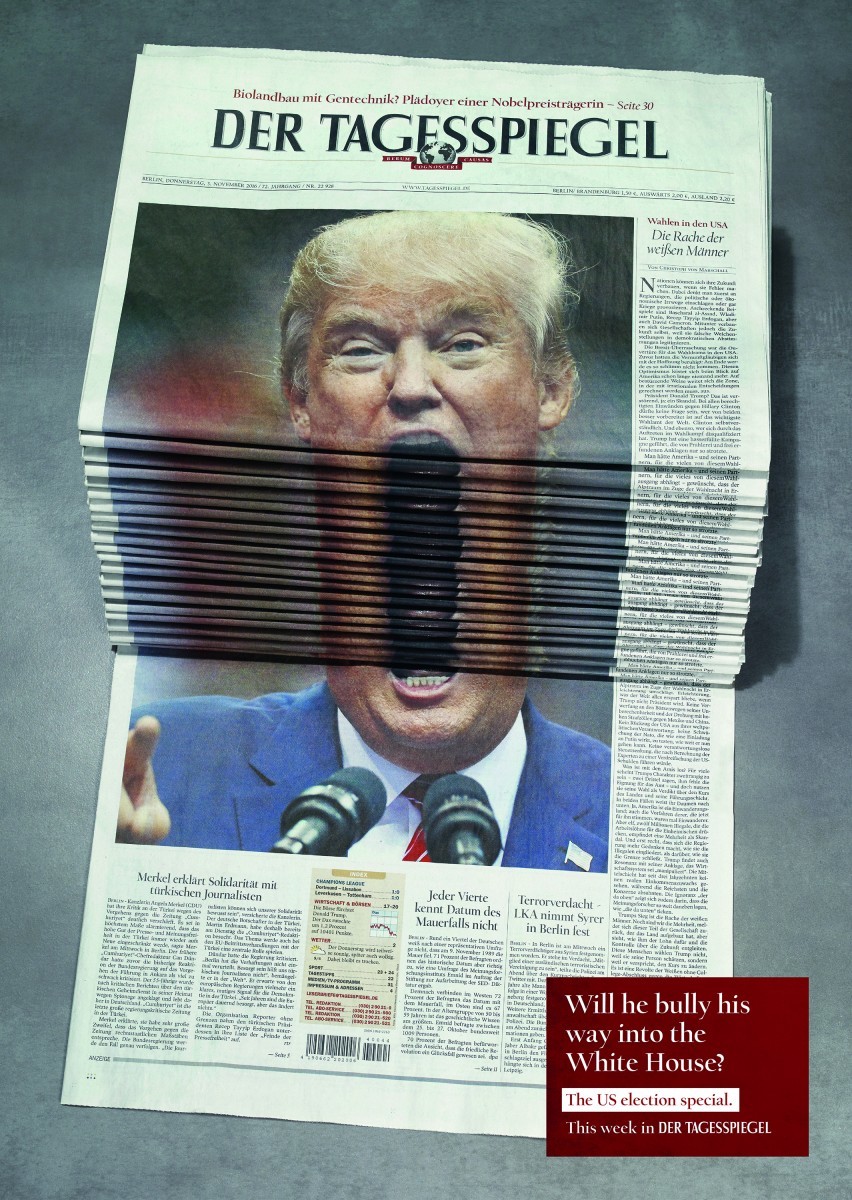 One thing we learned from the amazing experience of being part of the jury, is the wonderful supportive people behind the awards themselves, a special thanks goes out to a truly ‘stand-up-guy’ Mark Tungate, who we interviewed, and there’s Operations Director, Nicolas Huvé, who was very helpful and of course Lucía Ongay, who was hugely helpful too.

Creativity is a very subjective thing, but it is a very universal vehicle that transcends all borders, and it is this initial spark of creative energy which we looked for in judging the myriad of entries.

Whether in music, film, print or animation, there has to be that creative explosion that startles the viewer for that single millisecond.

In advertising, the creatives behind each project are the spark bearers of the initial idea, that is then propelled into something bigger by the rest of the team, and that certain something that will hold the attention of the viewer to succinctly bring forth the necessary message conveyed.

This year’s winners in the Epica humour category were:

• DIGITAL: “Like My Addiction” by BETC (France) for Addict’Aide

The Digital Grand Prix was won by BETC (France) for its much lauded “Like My Addiction” campaign, featuring a fake Instagram influencer who turns out to be an alcoholic.

“It is a great honour to win the Digital Epica Grand Prix this year and a great recognition of our work. It is particularly significant for us since the Like my addiction campaign partly owes its success to its massive international press coverage, which made it possible to turn this Instagram page into a global campaign, and most importantly, to raise awareness about the danger of addiction on a worldwide scale.” 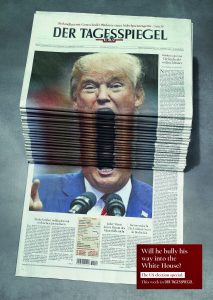 Scholz & Friends from Germany won the Press Grand Prix with a simple yet powerful image that builds stacked newspapers into a visual pun featuring a bullying Donald Trump.

“Winning a Grand Prix for our campaign for the newspaper Der Tagesspiegel makes us feel extremely happy, especially when the creative work is not judged by the creative industry itself but by critical journalists.”

The Outdoor Grand Prix went to McCann New York for the widely celebrated “Fearless Girl”, who faces down the famous bull on Wall Street in what began as a symbol of female leadership for State Street Global Advisors and turned into an icon that captures a turning point in history.

“The Fearless Girl became a media sensation in a way we never anticipated, in a very organic way. What made it so powerful was the amount of support we received from people who recognized the importance of what she stands for and kept driving the conversation forward, during a time when people are striving to reshape existing norms to better reflect their moral values”.

The Design Grand Prix went to KBS Canada for its “living” logo for Innocence Canada, an organisation fighting to free wrongly convicted prisoners.

“We knew immediately that this design work needed to acknowledge the past exonerees, the current staff and donors. The logo itself was created to reclaim the typical prison tally marks to express both a human touch and progress towards overturning wrongful conviction. In this way, it serves as a measurement of success and a reminder that much work is still to be done.”

There were two Film Grand Prix this year as the jury wanted to award both a stunning public interest film and a superbly crafted commercial. “Evan” by BBDO New York cunningly misdirects the viewer to watch an unfolding school romance while a shooting is being prepared, unnoticed, in the background. “English for Beginners” by Poland’s Bardzo is a warm, witty and beautiful spot for Allegro.pl (the Polish equivalent of eBay) about an older man who painstakingly learns English so that he can communicate with his new grand- daughter when he visits London.

“As Epica is the only festival with a jury of marketing journalists,we can be sure our campaign was judged by people with a thorough, up to date and possibly the widest knowledge of the marketing world.” He added that the campaign was by no means created to win awards. “It was made for our client to a specific brief. It met all the marketing objectives and before being entered for festivals had been loved by millions of viewers around the world.”

Summing up the awards, Epica jury president Spencer Baim, chief strategic officer of Vice Media, said: “This year more than ever, brands have a responsibility to put a positive message out into the world. Our winners do that, while also representing the best of branding, messaging, storytelling and smart design.”

• Network of the Year: McCann Worldgroup

• Production Company of the Year (sponsored by GPN) : Great Guns