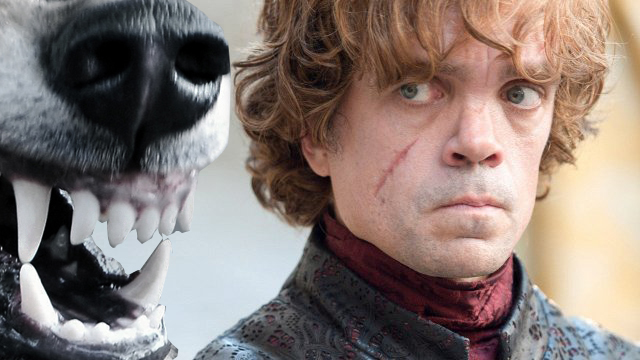 The little fellow was opining eloquently about his role as Hand to the Queen of Dragons when one of the huge huskies on the set decided it was meal time.

“We feed them a good load of meat every day, but sometimes it ain’t enough,” Game of Thrones dog keeper, Tony Fernando revealed after the sordid incident.

One minute he was there..

According to Amelia Clarke who plays Daenerys Targaryen, it only took a few gulps, and she had lost her dear Tyrion.

This could be a major setback for the Game of Thrones crew, because it is very hard to find such a well-spoken midget.

“First we get hacked, then this happened, it’s as if there has been some kind of weird curse put on us. Now we need to find another height-challenged actor as good as Dinklage was,” one of the multitude of directors told CNN entertainment.

The Game of Thrones set was last night besieged by mages, Maesters, and a fully naked Carice van Houten rolling around the fire ridden grounds trying to bring Dinklage back.

Let’s hope the next episode’s filming will not be wrought with such setbacks.