Among so many movies based on male comic book super heroes, the Iron Woman franchise is a breath of fresh steam. It combines intense ironing action, comedy and sweaty charisma in a way that pleases ironing fans and raises the bar for other summer blockbusters.

Iron Woman 2 starts almost immediately with a shot of an iron going across a shirt, you can see the steam, you can feel the temperature as the iron glides effortlessly across the shirt. The heroine of the movie is a housewife named Doris Monkwirth, who by day iron’s her husbands clothes and by night stacks them away in the wardrobe.

The cast is really quite fantastic. Sheila Acosta brings so much to Doris Monkwirth, making her someone the audience can actually sympathize with. Rupert Denny also breathes life into the typical “over-stressed husband wanting his f*cking t-shirt ironed pronto,” as Billy Batts. At one point after ordering the Iron Woman to “Iron my goddamn shirt,” she is seen taking the scorching iron and shoving it where the sun don’t shine. Watch out for his yelp of pain and eyes bulging out of his skull, both of which are sources of several laughs.

What is definitely not ignored is the ironing; there is plenty of torrid ironing action and clammy excitement and all of it is presented well. You see shots of the iron on the ironing board, then the Iron Woman sensually moving the iron across an astounding assortment of garments. There are some amazing overhead and panning camera shots of the iron.

The film’s director Gina Grosstein said: “This movie is great. I get women coming up to me who have never ironed or done any form of housework before in their lives saying they loved this movie and how it has inspired them. Some of them even said that they hoped to pick up an iron and get ironing at home. Who would have thought it possible?”

Iron Woman 2 has now overtaken Ridley Scott’s Robin Hood at the Box Office and will be out on general release in the UK after July 2015. 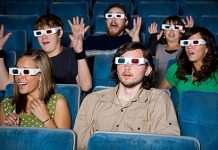 UK Government Wants Everyone to Live in 3D World 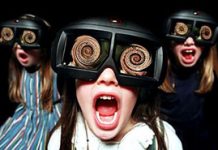