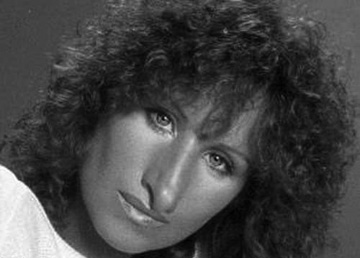 She made the comments during an interview with Sydney-based journalist Michael Gusher during an Australian news program broadcast on Sunday.

“He has no facts. I don’t know, I can’t believe it,” Streisand said, referring to Trump. “I’m considering getting a nose job to show my disgust.”

“I’m spending an evening sniffing around with Hillary in New York City next week, and I would love to meet you there. I hear she smells like fish. I don’t want to smell that bubkes Trump though, he smells like shit, bull shit to be precise, a real zhlub,” Streisand stated in an email sent out to Clinton campaign supporters Sunday. “I’m ready to do whatever it takes to help Hillary including whack Trump with my huge fucking nose.”

Plastic surgeons in Beverly Hills are already queuing up to shave off some of that mass of cartilage Streisand calls a nose.

Dr. Schwartz Openheimer, head surgeon at the famous Openheimer Cosmetic Surgery Clinic, revealed: “It’s the best Jewish nose we have in the biz. That thing sucks up yarmulkes by the dozen. But for the right gelt, I’ll straighten that honker out, make it look like a real straight streamlined goy nose.”

“I love my Jew shnoz. It is sacrosanct. That means it is sacred. If Trump wins I might even get a normal nose. How tragic that would be,” Streisand emphasized before sneezing into five large tissues.

The singer has even taken her campaign work to late night television. In a recent appearance with The Tonight Show’s Jimmy Ballon, Streisand blew a large green bogey across the studio straight into the mouth of an audience member who as it turned out later was a Trump supporter.

In claiming that she’ll get plastic surgery if the Republican candidate is elected in November, she joins the likes of Laimo Dunham and Chelsea Fondler and others who eagerly use their celebrity as a tool to push a left wing socialist political agenda.