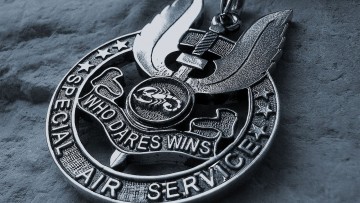 Tony Millhouse, the film’s director says the new film will “knock you off your fucking feet!”

The film is set in 2016 Britain and involves a fiendish plot to rig the EU Referendum so that Britain stays in the EU and hold the British people under ransom in an EU regime of totalitarian dictatorship where every facet of life is dictated by faceless eurocrats in a foreign country.

“This time the PM doesn’t send in the SAS, because in the film, the PM is a bad guy, and so are most of the Cabinet. It’s up to someone within the government who fights for Britain and is not a treasonous slime ball to save the country,” Millhouse revealed to Empire magazine.