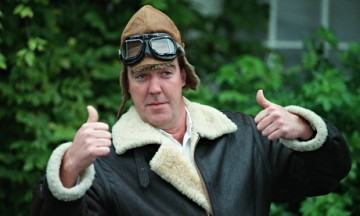 “How hard can it be? Car mechanics are technical people anyway and would be up and running on the studio equipment in a jiffy. If Clarkson wants a punch up he’d get a wrench across his face. It would also make for some great telly, imagine having a team of mechanic producers and Jeremy Clarkson having a full on brawl with pieces of steak and chips flying all over the place. There certainly would be no place for a cheese platter in that mess but ratings would shoot up,” Niles Pemberton, a commissioning editor who sometimes advises the BBC, revealed on Friday.

One other ex-BBC employee went as far as to suggest employing partially naked female car mechanics for the Top Gear show as producers, at least this way Clarkson may be distracted as would most of the audience and other presenters.

“Ratings would hit the roof. Imagine having a female car mechanic who not only talks dirty but can grease up the rod bearings on a V12 engine one minute, advise the cameraman to pan right the next whilst booking a hotel room, and smear motor oil over her chest at the same time. If Clarkson wants a steak she’d throw a frozen one at him. Clarkson would be sitting there like a simpering dog with his tongue hanging out in awe! There’d be no more nonsense from Clarkson ever again. It’s a win win situation for the BBC.”

Either way, it would be a sad day if the left-wing BBC killed off one of Britain’s eccentrics. That’s what makes Britain Great, its eccentric characters who bring colour to the drab socialist, politically correct, impotent, boring and turgid moroseness. We need more punch ups, more fucking life, more wildness. AAAaaargh!!!!