Even though the Greek debt levels are 170% of their GDP, their infrastructure is shot to shit, and their bonds are worth less than junk status, Greece still soldiers on amidst the torrent of messages signalling that they should get out of the euro as soon as possible.

Forget about butter and sugar mountains that rich EU states like Germany are flouting, Greece’s huge debt mountain is even bigger than Mount Olympus.

“It is kind of ironic that the place where the birth of democracy is sited should be a place that will destroy the Fascistic EU, with its single currency state,” a political commentator from Brussels told the BBC.

It’s not just the Greek finance minister, or other Greek hierarchy who deny there is a problem, the unelected EU technocrats are also denying vehemently that there is any ounce of Greek debt that cannot be dealt with.

Servicing the Greek debt involves paying more in interest payments alone than the yearly income of Greece. There is no way in hell they will be able to re-pay the extra loans they have received, and what’s more, there is the further issue of the majority of the Greek population, who do not pay tax, and retire at the age of 45 with full state pensions and other EU subsidies.

“Let the Germans pay for it”

Nikos Malineros, 38, is a government officer from Athens: “I work two days a week, then the rest are my days off, all paid for by EU subsidies and what little tax payers we have in Greece. I’m set to retire in a few years with a full salary pension and I even receive bonuses each year if I attend more than one day a week at my post as chief of Municipal Aggregation.”

After the smouldering ruins of the Greek economy fade away into the darkness, the ghosts of the great Socrates, Homer and Plato will smile knowing that Greece has dealt a divisive blow upon the un-democratic Achilles heel of the evil EU juggernaut.

“We as Greeks first gave the EU a wooden horse as a gift. Then we breached their walls with our huge debt and moribund state. We lied to get into the rich club, then we squandered the EU subsidies and spent like there was no tomorrow. Now look at the EU, they are teetering on the edge of a huge precipice to be smashed on the rocks. By Zeus, we have smote the mighty Kraken with one fell swoop,” Stavros Acropolis, a shop owner from Athens told Axiaplus news.

Don’t worry, just drink some more ouzo, short the euro, and smash a few more plates, it will all be over soon. 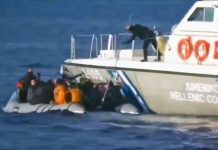 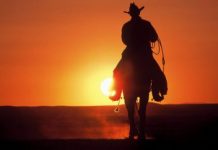