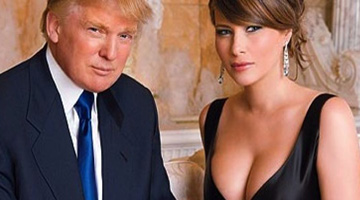 Trump said he could go to Fifth Avenue and unload a gun into a crowd and still not have his ratings drop? He’s the Teflon Don, nothing sticks to this guy.

That is until now…maybe.

Allegations have surfaced that tie trump to a multimillion dollar tax fraud where the US tax office was denied millions of dollars during a dodgy deal with Icelandic firm FL Group.

This action of disguising equity as a loan deal is fraudulent and cheated the IRS out of $100 million.

Julius Schwarz, Bayrock’s executive vice president: “Call it equity but for tax purposes its debt. Otherwise we write a huge check to the IRS. As a 49 per cent equity partner they are still equity. There is no other way around it.”

Whether Trump would be directly liable for such a crime is a question that only lawyers can answer, and whether the IRS ever get off their asses and actually do something about this is another matter. 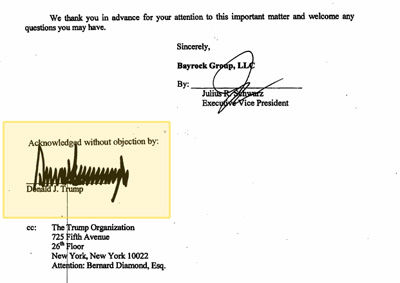 Our feeling is the Teflon Don is going to skate through this obvious attack by either ignoring it, or denying it, despite his signature on the papers. Naturally, Drudge is ignoring this story as well.

A question of judgement? Is Trump president material when he seems to have his fingerprints all over a multimillion dollar fraud? Doubt we’ll ever know as this, like everything else is merely water off a ducks back for the Teflon Don.