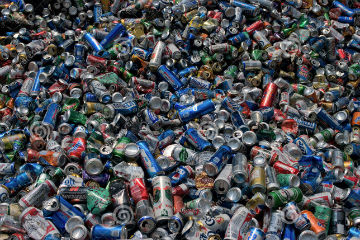 The 2008 economic disaster is not over yet, simply because failed banking institutions were propped up falsely through quantitative easing and other can kicking methods.

Nothing has barely changed since those days, and even if economists on government payrolls are bleating the party line that the global economy is okay, one only has to look below the surface of these empty gestures to see that we are still in the midst of a great depression, and it will get a lot worse in the coming months, years, and decades.

What the financiers should have done was to let the failed banks and businesses fail, and take the hit there and then. By prolonging the demise of unsustainable institutions, you only make the problem worse a few years down the line.

The U.S. and EU are all in a similar quandary and unfortunately for the U.K., even though Chancellor Osborne has done an outstanding job in getting Britain out of the worst of the economic crisis, due to the global nature of the financial system, there would be shocks felt there as well.

Obama calls Draghi up and says Greece needs debt relief, what does Obama know? The president of the United States can easily drop a few trillion dollars before lunch time and be back at the golf course by the afternoon. Here is a president, who has no concept of money, he is a socialist with no understanding of economics and living within one’s means. Under Obama, the U.S. has piled on more debt than all previous presidents put together.

Whilst the world’s media concentrates on the current Greek crisis, one which could have been avoided by the EU in 2012 by kicking Greece out of the EZ, no one is even acknowledging the elephant in the room — China.

One can imagine the face of Ali Baba tycoon, Jack Ma, when he woke up one morning to see that $3.2 Trillion had unceremoniously been wiped off the Chinese stock market, his stock price naturally took a very large hit. It won’t end there though, due to the incompetency of the communist economic machine, mistakes are made dealing with such dips. The Chinese government is a meddling communist state where they increase damage to their economy by intervention that is not needed. Their meddling smacks of naivety, and is sure to prolong the misery further, spreading confusion and contagion, not only within its borders but globally.

The false Bull market is over, simply because it was a can kicked down the road, when you stop kicking cans, the Ponzi scheme is revealed. The markets went up purely because of QE, and once that stopped, gravity finally finds its way from the artificial push upwards, what goes up inevitably goes down.

To prolong QE in America would invariably cause a collapse of the USD fiat currency, increasing inflation to Weimar republic levels.

China needs people to buy their cheap plastic trinkets to sell to the Western consumer, and it needs to be selling lots of their useless junk to survive, but what happens when the West stops buying? Demand for Chinese goods are down, their stock market plummets by 30% in a day, and all those leveraged positions get wiped out. The Chinese have built whole cities, that are now just empty monuments of concrete, they have over-stretched themselves considerably and although they have large cash surpluses bolstering the communist party elite, their people are suffering, as there is no end in sight to the next downturn which has been building like a tsunami over the last few years.

The signs were always there, because human nature never changes, the 2008 downturn was a seismic warning before the big one hits. Governments should have heeded the warning, but they did not, when things got slightly better, they forgot about 2008. Stockbrokers, bankers, real estate, businesses, they got drunk on easy QE money, which is a mirage, a false wall built from straw.

We now have two choices, get a bulldozer to move the big pile of kicked cans along the road again, or watch the cans fall into the sewer, with what is left of the economy. A word of warning, without more can kicking, there will be unrest, war and complete collapse, kicking the can down the road again will reap the same thing.