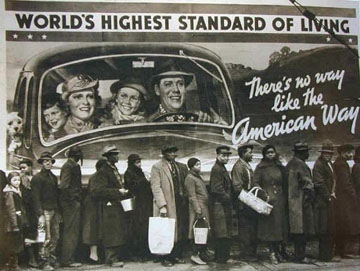 Not much difference to some Arabs you cry out, however the majority of the world’s population does not carry the American penchant for extremity, excess and greed in everything.

“Americans have to do everything bigger, better, and larger than anyone else. That includes having the largest prison population in the world. The largest number of gun crime deaths and when 85% of their population are on prescribed pain killers, who can blame them? To live in America is to feel pain on a daily basis. Their society is geared purely on the quick fix. This applies to war, debt, sex, drugs and entertainment. Everything about American society is geared towards destruction in some form. American society is a brutal world of intense competition where there is no room for the straggler, those who wish to cogitate and ruminate are trampled on immediately by the banal machinations of the insipid dumbed-down thoughtless and base American core values of gung-ho violent commercial superficiality. America with all its glory is now a crumbling wreck economically, their debt levels are so vast that they have even stopped counting it, possibly because it can never be paid back. The Americans have little or no gold reserves left, and the Germans have been asking for theirs back for ages with no luck, but going back to America’s debt, their federal unfunded liabilities exceed over $127 Trillion. With the vast racial and poverty divide, the current American socialists in charge are spending more than ever, and inviting more immigrants from South America to do the cheap dirty jobs that Americans view as not fit for their palate. American society is ultimately a demonic crazy-eyed church haven for pill popping loud-mouthed porn-addicted gun-toting psychotic preachers preaching their bastardised money-driven version of Christianity. Why are Americans so loud? It is nigh on impossible to go on youtube, or any other video site without hearing the garish, supposed authoritative tones of some uneducated American blurting out their ridiculous views or skewed instruction to the rest of the world. Yes, they’re an authority, they believe they’re an authority, and they’re telling you they’re an authority, but in truth we all know what they are, and the rest of the civilised world looks at these people with pity. Their whining excruciatingly annoying accents make many want to vomit into a bucket and stuff the puke down their warbling turkey gullets. Why don’t you just shut the fuck up you stupid American. You are not an authority, you and your insular ignorant banality make the rest of the world hate you with a vengeance. Just the sound of your voices over everything, polluting the airwaves, your loud caterwauling  twangs, the destruction you mete out onto the English language, is more than enough damage for any civilised human being to endure. Americans have brought a pestilence upon the earth and are equal to any crazed Islamofascist in their fervour to spread their Americanism. Like the Borg from Star Trek, Americans assimilate everything, then corrupt it, but if you speak to an American, they will tell you they are perfecting things, how very wrong they are,” an observer from planet earth revealed on Tuesday.