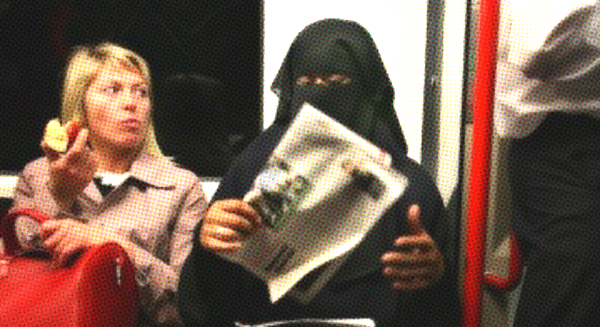 “The gruesome beheading of an American journalist by ISIS in Iraq by a British Muslim has further put the spotlight on all Muslims living in the UK. This act has solidified the urgency within Britain to crack down on all Islamic people in the UK. The most overtly religious section of this religion will now be pursued by the majority Christian population, as Muslims are already a pariah in the UK, it will only get worse.

“What the Islamic State has in effect done, is create an unbridled level of fear amongst the Western populations, and this will create many opportunities for respective governments to take away more freedoms from the general populace. Fear makes people accept ‘security’ however draconian it is. Fear also is a great opportunity to move towards military operations which would not have been considered before.

“One must also consider the position of ISIS’s creation, without funding and arms in Syria from US agencies in 2013, ISIS would not have been as strong as they are now, however with such organisations it is very hard to trace who is really controlling the show without access to intelligence and US black budgets.

“Porous borders in Europe and America are further enticements for Jihadists to exploit. Already, ISIS members are rumoured to be pouring across the open US borders and even liaising with Mexican cartels. President Obama’s amnesty on illegal immigrants is an open invitation for terrorists from all over the world to enter the United States with ease. The open borders in the UK are not only bringing in Ebola from Africa but returning British Muslims from Syria and Iraq. Add in the mix of staunch Islamists already in the UK and you have a devilish soup of potential religious violence.

“No doubt not all Muslims are jihadists bent on murder, however there may come a time soon when the English start rounding up everyone who is a Muslim and trucking them off to holding camps for processing, much like the Japanese were treated in WW2 America. Such is the mistrust within the indigenous population now that anyone who remotely looks like a Muslim is immediately treated with disdain and disgust.

“It is wholly apparent now that Islam is not compatible with the majority Christians in the West, as many have known this fact for centuries. Religion is a terrible divider of humans, and until this form of control is completely eradicated there will never be peace on earth.

“It is therefore advisable that those who wear Islamic garments in the West do so at their own peril. What are you advertising? It serves no purpose and you are merely putting your lives in danger. If a Muslim cannot stop advertising their all encompassing belief system, maybe it is better to go back to an Islamic nation where they will be accepted as opposed to being ostracised and persecuted.

“The actions of ISIS have thus endangered the lives of even moderate Muslims as all Islamic elements are now seen as a major threat to the Western way of life.”