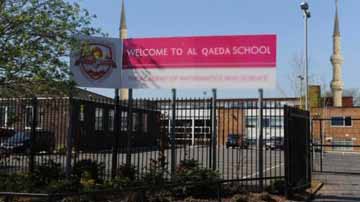 Birmingham primary school teachers and pupils were stunned this morning when Jesus rode through the school gates atop a Trojan horse.

“It was incredible. We were just conducting morning prayers on our mats when there was a loud sound like cracking thunder. Jesus was sitting on a wooden Trojan horse moving through the school gates powered by some kind of invisible force,” Ali Haq Abdullah, one of the school governors revealed.

The Birmingham Al Qaeda Academy, was praised by Education Secretary Michael Gove only last week when he visited the school to inspect the new mosque turrets built after receiving a government grant last year.