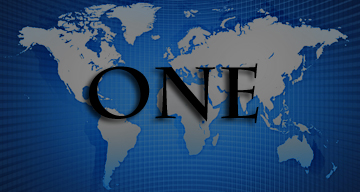 Professor Julius Chalkin, revealed some of the intricacies of dealing with Russia in a recent paper.

“Russia may be seen as a threat to global governance and the New World Order but this solicitude is far from the truth, in essence, Russia can be utilised to increase urgency in a singular control system purely on the precept that conflict is an accelerant. The final push will involve assimilation of all entities currently outside the span of the West’s influence. In effect, the term, ‘the West’ is an outdated term that will not be used in the future, because it is a term that denotes one part of the globe. We need to remove this term from the global configuration as the future is one government, one currency, one world.

“The global government will have superior technology, this is the key to complete global ordinance. Currently, states like North Korea and Iran are also resisting global encroachment and assimilation, but they will be assimilated through the implementation of advanced systems eventually.

“Once all former states are integrated, the populations will need firm control. Control will come in the form of a singular digital currency, which will be harmonised with all world citizens. Once again technology will be key to the new jurisdiction and running of daily affairs.

“One world currency will ensure stability in global governance and the malaise of economic warfare which is the current unsavoury symptom of an uncompleted stage the world is currently dealing with. All trade will thus be fair, all transactions will be tracked and logged, all payments within the cashless new world system could also be stopped if there is need for certain chaotic groups that may still choose to resist the single currency implementation.

“In summing up, one must first reach a level of complete technical dominance, one surpassing any other current technology. We already have secret systems operating today unbeknownst to the general populations, as we operate 90 years in advance of the civilian technology. Soon with the implementation of AI systems that will be sentient and implementation of enhanced internal chip technology, as well as superior robotics technology with weaponised abilities, and nanotech there will be no form of defence.

“It is naturally imperative that once total global governance is gained, the ecological disaster of overpopulation and factory farming must be addressed immediately.

“Time is of the essence, therefore, Russian spanners in the cogs will not affect much change to our current exponential trajectory. Instead, any form of dissent, must be utilised for the world order’s gain.”