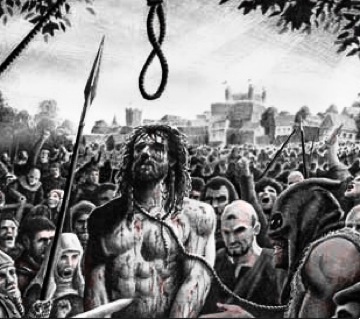 With all this talk about the Scots wanting to keep the pound sterling if they secede from the United Kingdom, there is one question that arises. Why on earth would the Scots want to keep the English pound? Don’t the Scots have anything left in their bawbags?

True Scottish freedom should be embraced by the Scots, roaming the glens with wind up their kilts and munching on mushy oats. Where’s the sense of wildness that defines the Scots, has it disappeared somewhere into the ether?

“Stop moaning about the pound, if the Scots want freedom, fuck the pound, it is better to be a poor free man than a rich slave. We need the clans back again, where real men fought for freedom not pandered to others, are you with me, or are you going to go with a begging bowl like some scrawny dog waiting for scraps?” an angry Scot shouted from a tower somewhere in Scotland.