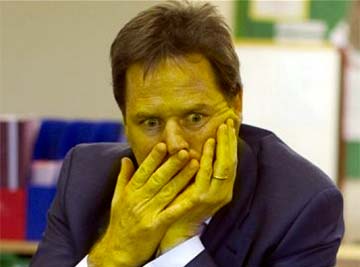 That’s the good news, whichever way you vote in the 2015 elections, you will get the Lib Dems.

“It’s almost akin to getting a ring worm lodged firmly in your lower intestine. The Lib Dem parasites latch on and come with any political party you vote for. Is there a way to get rid of them? No, is the simple answer, and a heavy dose of antibiotics just makes them latch on even more,” a Westminster insider revealed yesterday.

What have the Lib Dems achieved during the current Coalition government? Not much apart from a nauseating whining noise as soon as they open their suppurating mouths.