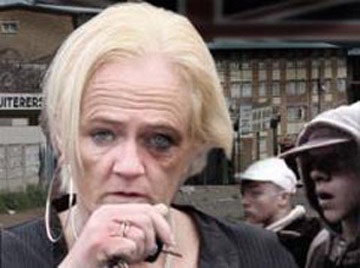 George Osborne has been touting his proposed new Garden City in Ebbsfleet directly on a flood plain close to the Thames, and luckily for a few privileged fellows, he has revealed some plans of the wondrous project.

“Quite simply, when the area is not flooded, there will be numerous shops for people to enjoy in the Garden City. Betting shops, more betting shops, pawn shops, Polski Skleps and a Tesco every three yards. You will have second hand shops, maybe a food bank and a job centre for citizens to browse non existent jobs that nobody wants. The idyllic Garden City will be built around a concrete grey hub with a noisy high speed train running straight through the middle and in the local park will be an eco fracking centre next to the children’s playground. We will build hovels for the poor here, mostly ghastly tower blocks, where they can play bingo to their hearts content and wile away the many hours of utter, utter, fucking boredom drinking cheap piss water beer,” Mr Osborne said from his Surrey mansion.