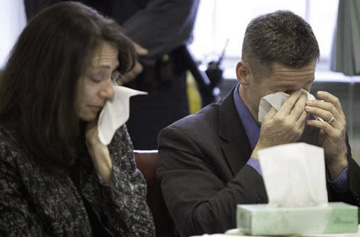 It seems American society has many pitfalls one of which is the constant threat of litigation.

“To live in a society where you can be sued for pretty much anything, is unbearable to think about for most citizens in Europe and Britain. No wonder 84% of the population of the U.S are under the influence of mind numbing prescription drugs. You gotta be drugged up to the hilt just to get by in this deadly viper’s soup of litigation hell where the lawyers are the only winners,” Lewis Carmaccio, a social commentator for a Texas radio station told his audience.

With a spate of sue happy teenagers taking their American parents to court for infractions such as not getting the latest iPhone or PS4, some parents are fighting back with counter suits.

“My 13-year-old daughter Megan is suing me for $250,000 because I told her to do her homework and when she refused told her that she was not going to the beach on Saturday with her friends. My wife and I are however counter suing for $2.50 because that’s all she can afford. Naturally, she is winning because we gotta pay all the legal fees,” exasperated dad, Dupio Menendez, a retired airline pilot told CNN.

Grandparents across the country are also now suing their offspring and grandchildren because it’s the right thing to do.