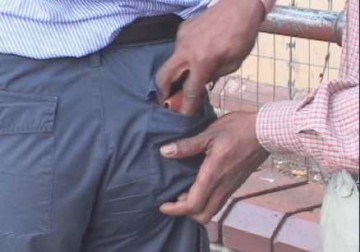 Iain Duncan Smith, the Work and Pensions Secretary, has announced that he wants benefits tourists to speaka da Eenglish.

That’s why half of Eastern Europe are now swotting up on episodes of Eastenders and Jeremy Kyle.

Igor Maliocu, a professional pickpocket from Romania had this to say about the whole IDS scheme: “‘Ere would you Adam and Eve it, I ‘ad a butchers at my local linen and saw this Iain Duncan Smith heap talkin’ bangers and mash. It’s all gone a bit Nick Cotton innit? Well you’re ‘avin’ a laaf me ol’ China. When me and my Jimmies come over in January 2014, we’re gonna ‘alf inch his Nat King Cole, wevva ‘e likes it or not. All it took wuzz a couple o’ episodes o’ Eastenders and me and my Gareth Gates w-w-w-w-w-wuzz ‘avin’ a Todd. Naah, ‘e can Vincent Van Gogh, the putrefying Richard. You’se lot got me angry, I’m gonna pop out naah for a gypsy’s ‘n’ when I come back I want ma bees ‘n’ honey.”