Addressing Americans yesterday during a televised informal chat kind of thing, the president had just pardoned a turkey from Obamacare.

“Dear Americans. You all know how I am your biggest spender. Well, since I came into office I have spent over $12 Trillion of your taxpayer money, and committed Americans to $45 Trillion of debt until 2020, so that you can feel better for it. Now that everything is okay again, I know Americans have never had it so good. I spent that money and you know what, it felt damn good spending it, hyuk, hyuk, hyuk.”

The president then stood up during his performance and looked at the camera intensely.

“I gotta tell y’all something now. Some of you may have noticed a few things, you know preparations that we been doing. Well, please don’t worry about that. You know, the billions of rounds of hollow tip ammo Homeland Security keep buying, the target practice on civilian looking targets, the FEMA civilian gun control preparations, the killer drones over American air space, the heavily armoured police vehicles we are acquiring daily and of course, the NSA net over every communication made by Americans so that we can ascertain who to hit first when the collapse comes. These are things Americans should not be worried about. You just need to carry on doing your Black Friday shit buying 97″ televisions. I somehow find it laughable that you feel the need to buy such things especially when the electricity supplies, cell phone and internet will be cut off imminently (the president then chuckles to himself). 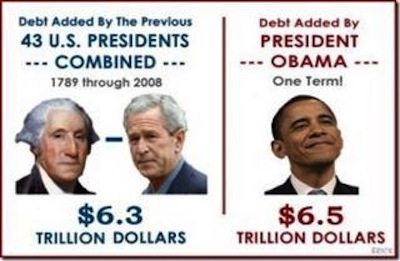 “You may have also noticed how the billionaires are now building large underground shelters, and the most consummate entrepreneur, Richard Branson has absconded to his island retreat. These are very clever people, they know how things work, and they know how I work. That’s all I’m going to say to you folks, because I, the first African president of your country may be the last after February 2014. Yep, you know about that one don’t you? It’s the next debt ceiling, and if martial law is introduced, all y’all EBT gonna be gone. This time it gonna be Black Monday, Tuesday, Wednesday and so on all the way up to Black Sunday. You won’t be looking for TVs though. You’ll be looking for food.”

The president’s eyes flashed in the studio lights as a wry smile came over his actor’s face. This time was he acting again or was this real?