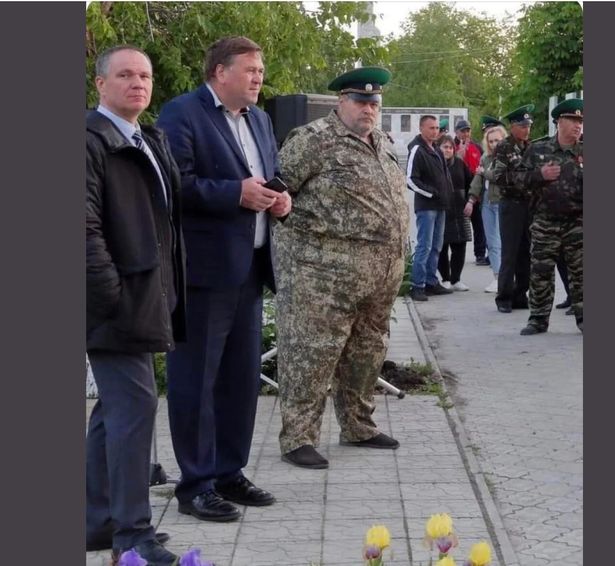 In desperation, Russian tyrant Vladimir Putin is digging up retired military personnel and top brass, including “The Blob” otherwise known as General Pavel.

An amiable chap who ingests over 10 meals a day and 14 bottles of vodka, Pavel is to be sent to the front lines in Ukraine where many generals have already perished.

One Russian military attaché was adamant that Pavel would make a difference in the campaign to destroy Ukraine.

“General Pavel, we call “The Blob” he only has to stick his fat arse out of an APC and fart destroying entire blocks of cities in one go. He is our secret weapon we have been hiding for so long, and now is the time to bring him out. Ukraine is finished. His asshole is equivalent to five Tsar Bombas!”

Unfortunately, there are going to be setbacks for the Russians by deploying this gargantuan vodka churning fat fuck into the battlefields of Ukraine.

“We cannot fit General Pavel into any military vehicles. He is too large to be carried in any aircraft, or land craft. He will thus be stationed in a secret underground bunker with plenty of food supplies somewhere near the border.”

General Pavel is renowned for once eating an entire flock of goats in one sitting whilst doing his tour in Afghanistan during the 1980s. He is also so fat that he needs a team of Russian conscripts to wipe his arse after every shit. To be put on toilet duty for General Pavel is known as a great honour for Russian soldiers.

The Ukrainian soldiers on the other hand are welcoming the arrival of General Pavel to the war zone.

“If he goes for a walk, we can pinpoint his location from space. He is such a big target that we cannot possibly miss.”

Good luck General Pavel — you will need it.