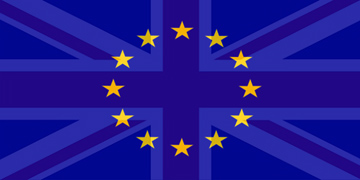 Is Britain in or out of the EU? Former German Chancellor Gerhard Schröder seems to think that cutting Britain loose from the Communo-fascist EU bloc would be a good thing. A prominent British think tank seems to think along the same lines as the unelected EU technocrats.

“Full assimilation of the EU in a non-democratic fascistic pseudo-communist state is being held back by Britain. There are many variables to the current malaise in Brussels over the stalwart British resolve to keep away from an entity that strips nations of sovereignty and financial freedom. Therefore, if the EU, controlled from Brussels and powered by Germany, will not stop meddling with Britain’s financial hegemony it is a viable alternative to create a new EU controlled from London, England. This would be the true European Union as Britain is at the centre and top of the world in finance, although not technically located on the European mainland, it is central to complete global unity,” Jason Argo, one of the geo-policy architects in the think tank told the BBC.

Naturally upon hearing of the proposals made by the British EU policy think tank, unelected EU officials in Brussels were up in arms steadfastly rejecting any thought of Britain ruling over them.

The European Union is at a crossroads and judging by the daily propaganda blasted out in Britain by the controlled press, they are desperate to brainwash the pliant British public in to throwing away their British sovereignty further by embracing complete EU integration.

“Once Britain is fully integrated into the EU black hole that’s it for them. They are a defeated nation. We have already flooded their borders with EU citizens and completely changed their country, it is only a matter of time before their weak politicians, like that lap dog Cameron force the British to accept defeat once and for all. We will not need one single Panzer or Blitzkrieg for our victory,” Mr. Schröder barked at a recent EU meeting.