Much like eating the finest filet mignon every day, or the world being full of 12-karat diamonds, after a while it all becomes sort of meaningless. That’s why everyone getting A grades in their A-levels and GCSEs is much of the same. What’s the fucking point? There is absolutely no point in any of it, because even the dumb shits got an A grade, and so did the clever ones.

Everyone is now an A star student. It’s off to uni to do a degree in surf studies, or trans studies…whatever.

To hear the blood-curdling squeals of the boys and girls all jumping up and down with their meaningless A grades is an exercise in futility. Here are these misguided, institutionalised, indoctrinated twits who think they achieved something when in essence they are one of the millions now with another A grade.

This illusion of equality in everything is a recipe for abject disaster, leading to a dystopian Woke Soviet world where everyone dresses the same, everyone says the same things and everyone has the exact same fucking A grades for everything despite ability. Well done, we’re on the way to that very world. 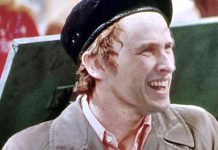 Some A-Levels Do ‘Ave ‘Em 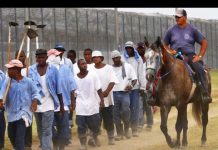