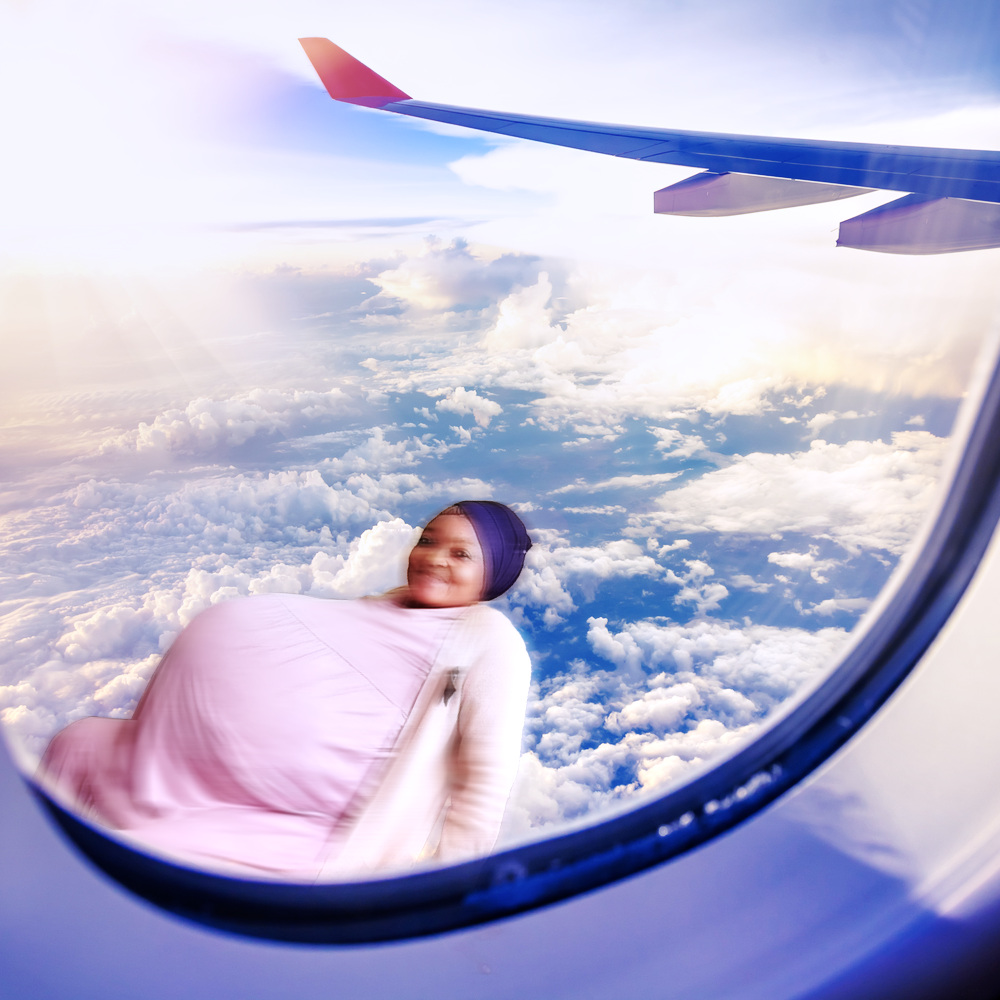 Goiame Shithole, a South African woman who claimed to have given birth to ten children, was spotted over the Himalayas at 35,000 by a passenger jet at 14.00 hrs UTC yesterday. The woman had stuffed a massive helium balloon under her dress to fool thousands of South Africans when she claimed to have been pregnant with 10 babies.

“Oscar, Charlie, Foxtrot. I have just seen an African woman flying over Mount Everest. She was cruising at 35,000 feet, wind speed 12 knots. She seemed very happy and waved at us,” Captain Klaus Himmel of the Lufthansa jet reported.

Ms Shithole was last seen at a relative’s house in the northern township of Rabie Ridge, Johannesburg, South Africa in the early hours of June 17.

“She said she was going to the hospital to give birth to our 10 kids, so I wished her luck. I saw her walking down the road and heard gas sounds like farts, and she lifted off the earth. That’s the last I saw her,” Shithole’s boyfriend, Tobego Titsotsi, told renowned South African journalist Piet Rampedi on Wednesday.

It is calculated that Ms Shithole should reach the altitude of 35 kms before the helium balloon bursts, which is just on the edge of the earth’s atmosphere.

It is not known whether Ms. Shithole has a parachute, or oxygen supply.