“It’s a sad affair really. Godfrey had set off in the morning to search for that elusive Bongo Bongo land he’s been talking so much about. We didn’t hear from him until after dark, so we sent out a search party. What we found was too awful to relate here. Let’s just say there was a still smouldering pot, some bones, a UKIP badge and a bowler hat. That’s all we found,” one of the search party relayed to Channel 4 news.

The police searched the nearby area and all they found were footprints, salt and pepper, cumin, chilli powder and some discarded spears.

Police investigators assume it was a cannibal Bongo Bongo feast and have researched the subject to find that there was a similar event that occurred in 1922, reported by the New York Times, but had an altogether happier ending than the current case they are investigating. 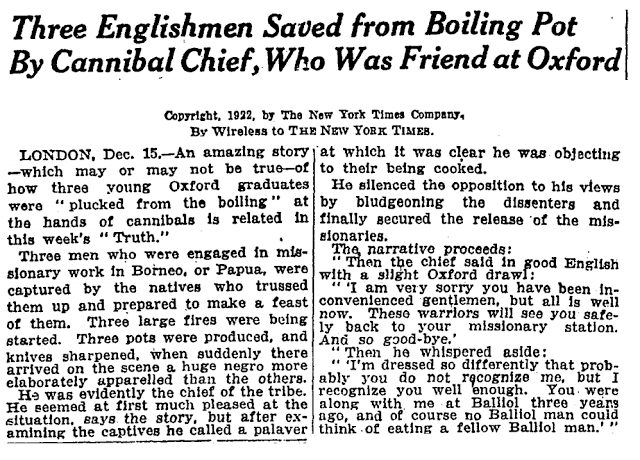 The police are appealing for any witnesses to the incident and any shops that have sold large pots recently. If you have any information please contact the Bongo Bongo police incident room at the Yorkshire Constabulary immediately.