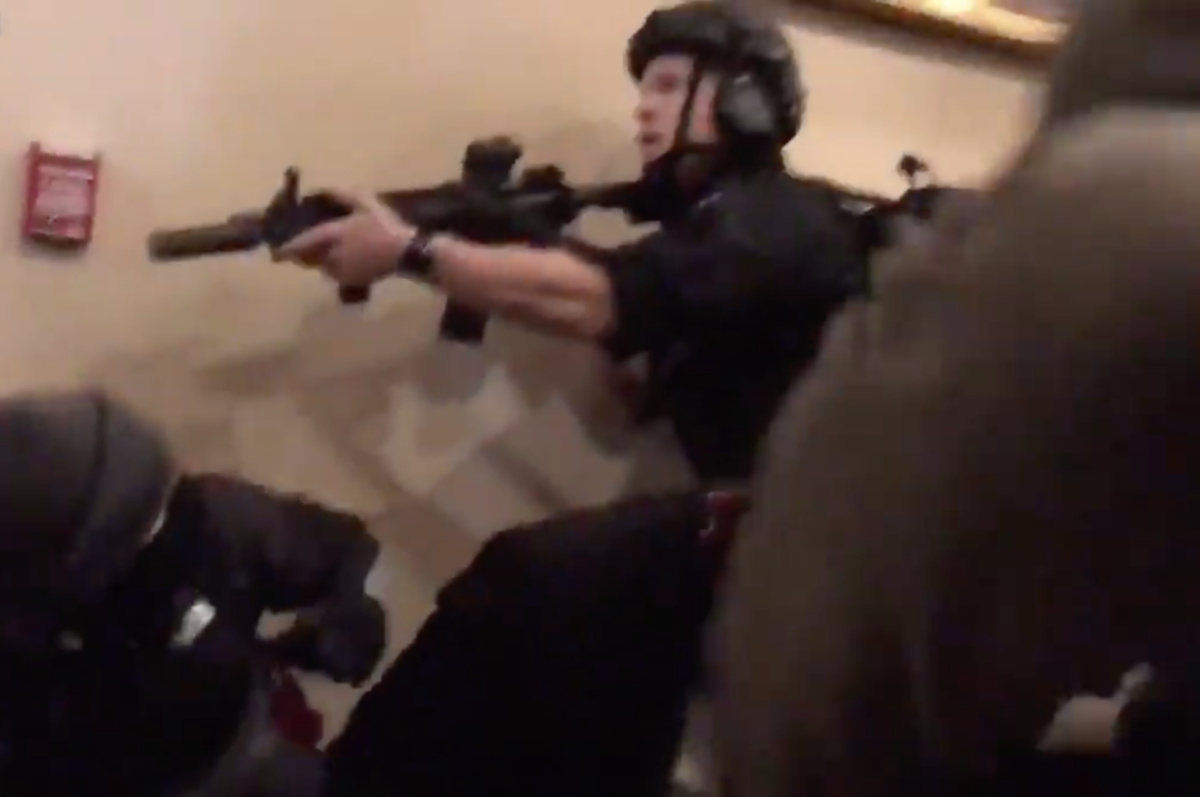 Today, an innocent unarmed female protester who was not violent in any way, was shot and killed in cold blood by police in Washington D.C.

There was not one call for defunding the police from any Democrats this time.

Instead, many Democrats were praising the police for a job well done.

“I can only praise the police for a wonderful job done. The unarmed female protester was a clear threat as she stood in the corridor and did nothing. Thank you for your service, you killed an unarmed woman who was simply exercising her right to protest. We should give the officer who killed the woman in cold blood a medal,” one Democrat senator said at the electoral hearing.

It was perfectly okay for Democrat supported groups like ANTIFA and BLM to lay waste to countless cities across the country causing billions of dollars worth of damage, all egged on by the likes of Kamala Harris.

Funnily enough, when Democrat protesters stormed the Capitol building protesting against the appointment of Justice Kavanaugh, not one single policeman was seen in sight. No live ammunition was used on those protesters despite them storming the building and causing chaos and mayhem. Instead, the protesters were praised and applauded by not only the media but by Democrat party members.