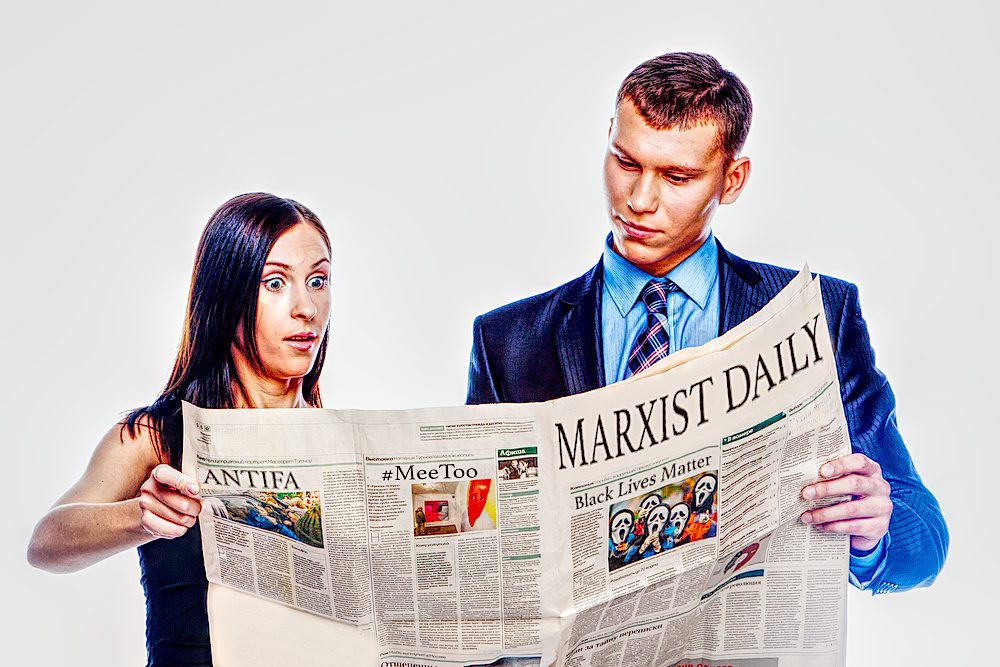 What we have been witnessing of the legacy media both in the UK and US is activism cavorting as journalism. If you have enough of these political activists with their assorted Marxist agendas within any given news organisation, you do not get news, you get propaganda.

We can see the demise of former news organisations like CNN, which has deteriorated to such a level that it can officially be named as the media arm of America’s socialist party, the Democrat Party.

In the UK, the BBC used to be the epitome of unbiased news, but is now so far left in their outlook, even Josef Stalin would find them agreeable because of their devout Marxist outlook. As for the Guardian, Mirror and Independent, they have always been staunch socialist spouting newspapers, and the only thing that has changed is that they have moved even more far-left.

The so-called conservative legacy media has also been tainted by Marxist Wokism, as the Telegraph, once firmly on the right, is now indistinguishable from the Guardian in many ways, pushing feminism, Woke BLM Marxist transgender mantras for the Metropolitan elite and the Waitrose shopping Islington glitterati.

Remember the deeply conservative Daily Mail, it used to support leaders like Trump and Boris Johnson, but now denigrates them. Brexit is a forgotten memory now superseded by stories of housewives who have had breast implants explode, and puerile space filler trash replete with vast amounts of grammatical and spelling errors.

The activists pretending to be journalists have invaded and infiltrated pretty much every legacy media organisation, and today, we are all living in some kind of socialist echo chamber, amplified by socialist social media companies, overseen and distributed by the almighty Google God that lauds over all with its massive outreach, dictating what is seen, and unseen.

Would it not be great if we ever got news that was objective, unbiased, non-partisan, non preaching activist Marxist bullshit? Of course, considered opinion is great, as long as it is not pushed down your fucking throat every day like some Marxist Red Book mantra as it is these days.

If nothing is ever done about this infiltration, then in less than a decade all Western media will be a mirror of Chinese communist media. Such is the power of China, that its insidious octopus reach extends around the globe eviscerating any form of free speech or individual thought, to not parrot the Marxist, Maoist mantra is to not receive the vast amounts of pure hard cash it bandies around with its bullying thuggish grip.