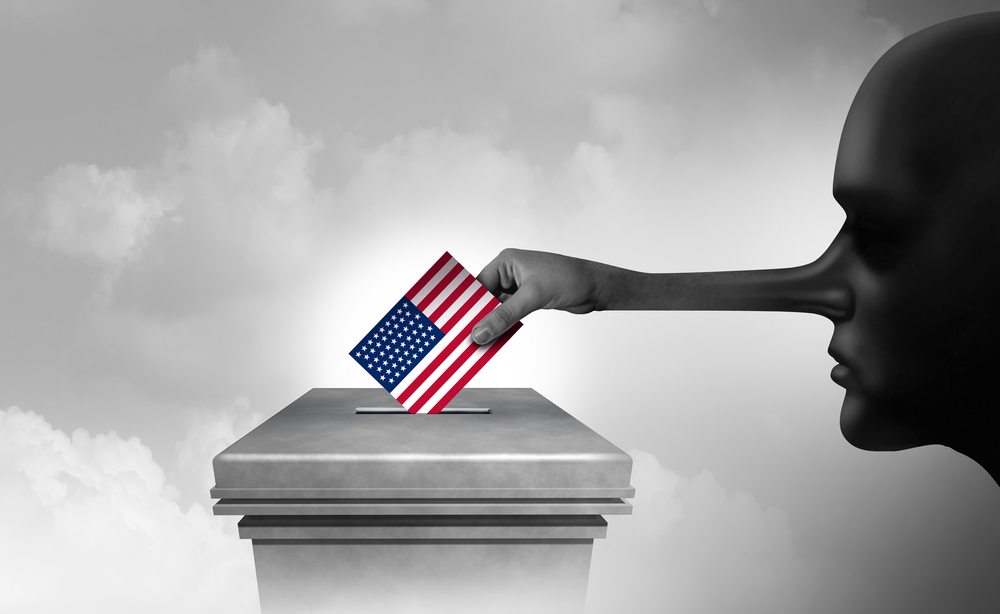 Why was there outrage in 2016 when Donald Trump won the U.S. election? It was because that was meant to be a controlled election, and Hillary was marked down as a definite win by the controllers. Of course, the Hillary campaign misjudged the massive support that Trump had and on the night, the red wave soaked everything clean of Hillary Clinton.

The controllers did not want the same thing to happen in 2020, so this time they had four years to eviscerate the opposition through a massive censorship and deplatforming drive. The controllers knew that Trump had a lot of supporters, so they effectively silenced these supporters online and offline. How can you have a democratic election in an echo chamber where the only voices are from the Democrat Party? Well, the controllers were not taking any chances, so they not only silenced the voice of the opposition but embarked on one of the largest voter fraud operations in history, thus halting counting in the night, so they could calculate how many Biden ballots should be shoehorned into the systems to supersede Trump.

Trump, in this context is irrelevant, he could have been replaced by Mickey Mouse, or Donald Duck and if the controllers wanted Hillary Clinton, they would have done the same thing. This also applies to the 2020 election, you could have had Jesus of Nazareth, the Son of God in opposition to Biden, and Jesus would have been made to lose.

The internet is certainly fixed, and only shows results from Democrat run debunking sites with the ‘ultimate truth’, or from socialist news media outlets approved by the controllers.

You only get positive news stories of Joe Biden on Google, and if you attempt to search for anything about Trump, all the news stories are negative, and only all from socialist leaning news sources. Everything else has been purged, or sugar coated, or buried on page 576,000 of the search result.

Facebook’s team of hate speech checkers or ‘election fact-checkers‘ are all left-leaning socialists who deem any form of conversation with a conservative as hate speech.

Twitter now labels anyone who questions anything as a denier of the truth and guilty of spreading misinformation. Anyone who is not a socialist Marxist is deemed as dangerous on the platform thus leading to their posts being suppressed, shadow-banned or outright complete bans are now the norm.

YouTube, another censorious black hole of absolute nonsense now bans and demonetizes anyone or anything that has a mind of its own with its own views. To not think and talk the same as all the other socialist conformist automatons is now a fucking crime. Individual thought is a hate crime according to YouTube controllers who just want a conformist hive mind where no one dares utter a single word that has not gone through rigorous PC processes and filters.

This is not only the future of the internet, it is now, and the elections that take place every four or so years apart might as well not be elections any more. Instead they are conformist shams where the result is chosen even before the first ballot is cast. Controlled elections in a land where there is no opposition apart from the controlled type, who conform without any form of debate or question.