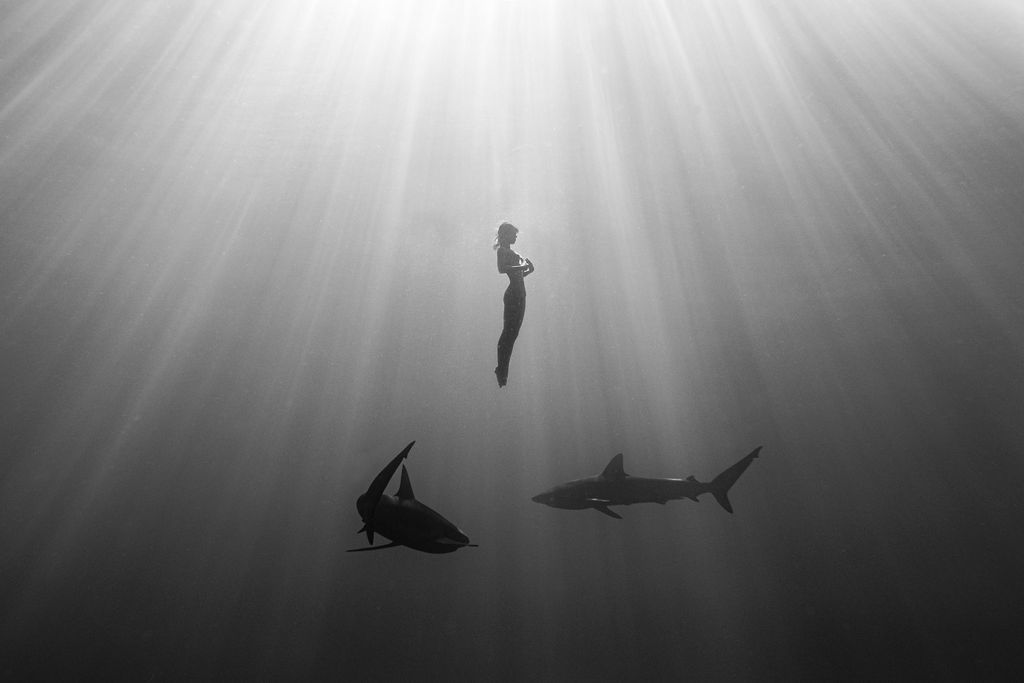 In todayʼs artistic and intellectual environment of hypersensitive political correctness, it seems impossible to use the nude human body as a voice but Marisa found her way. She turns this cultural complexity into simplicity.
She calls her skin her superhero suit.
​
Marisa started expressing herself in front of the camera in 2015, since then Marisa has been pushing boundaries, as much as societyʼs as her own.

She uses our culture and our weak spot for beauty as a tool in a fight to restore the imbalances upon this earth. She challenges the mind and raises questions all over the world by emerging her body in the most controversial environments or on the opposite, the most natural wonders on this planet.

Even though she shook up the world when she shared the image of herself lounging, in a pure state of ease in front of the Western Wall, her main perspective is to inspire people with ideas and visions on a political, spiritual and philosophical level.
​
Marisa has an undying love for the earth and thatʼs where her ferocious spirit finds the power to speak up for those without a voice, animals and humans alike. Willing to put both body and mind at risk for this goal. She aims to create a lasting impact by showing the undeniable beauty of this planet. 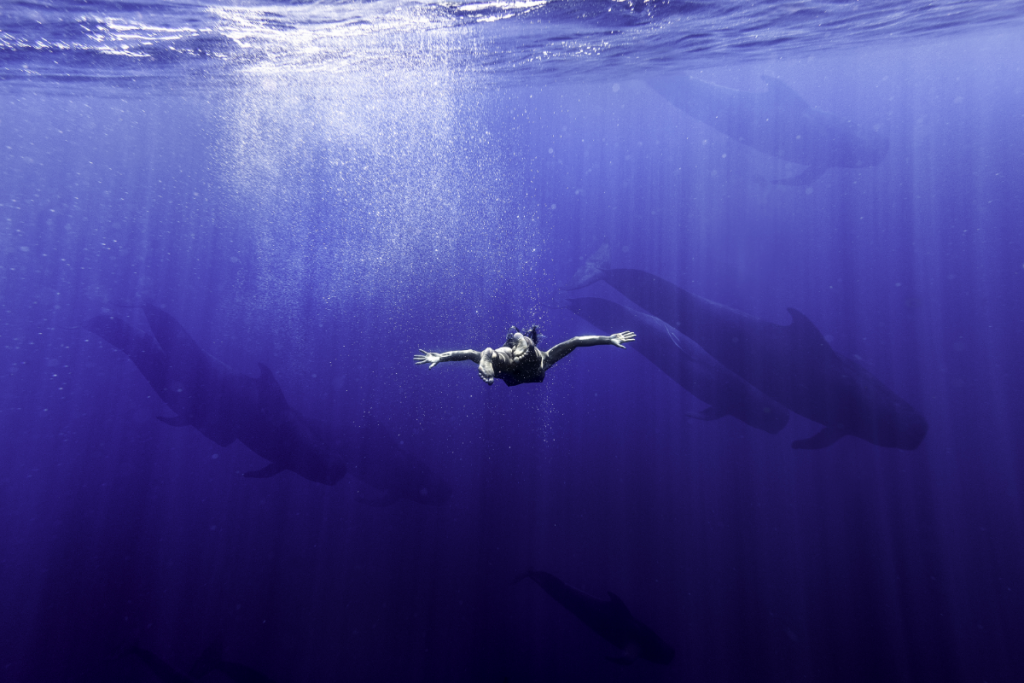 Aur Esenbel: Truly a pleasure and honour to interview you Marisa, thank you.

Marisa Papen: I thank you. 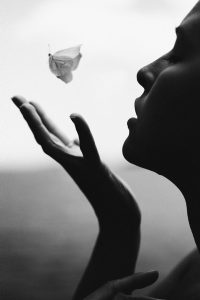 AE: You have so many facets; body expression as art encapsulating true human creative freedom, poetry, sculpture, activism. You convey an image of a living sculpture upon the landscape, and in situations that bring forth thought on truly global problems like plastics in the sea, and religious imprisonment. Do you flow with whatever direction you feel experimentally, or is your artistry meticulously planned for each project?

MP: You are a very kind soul. Thank you for the glorification, haha. There is a little bit of planning involved but not too much. I like to leave enough space for improvisation and for unplanned moments to unfold.

AE: As a woman, you have put yourself in some positions of great danger for that right nude photograph, especially in places like the Middle East. Which place, situation did you feel the most danger, and how did you get out of the situation pursuing your nude artistic freedom?

MP: How I usually get out… Unfortunately that involves telling some white lies. I wish I wouldn’t have to, but in these structures that are built around us, you sometimes have to if you think those structures should actually be torn down.

The most danger I experienced was during my arrest in Egypt. I was dragged around from the one police station to the other for the entire night – then they locked me up in a cell with a dozen other people, after a couple hours, they sent me to court, they decided to release me since there was no actual evidence of me being naked.

When they released me and I finally got back to my hotel room, I collapsed. I spent an hour laying on the floor, shedding tears of happiness, frustration and fear. An hour later I got up and stared myself straight in the mirror for maybe 10 minutes, I asked myself out loud, ‘why are you doing this? Is this worth it?!’ I guess it is… after Egypt followed Turkey, Israël and the Vatican. 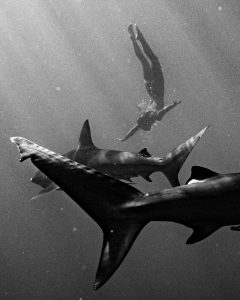 AE: Why is it okay for an African tribeswoman to walk around nude in her village but not for a Western woman in her country? What does this say about our technologically superior society, and the underlying deep religious puritan foothold over our fundamental freedoms?

MP: I think overall our view on nudity is far from what it’s supposed to be. I don’t blame everything on religion, it’s also our education, our lost sense of sensibility for nature and ourselves, etc. Humanity needs a global course on how to exist – within a body – surrounded by people – in their environment.
Free your mind, the body will follow.

AE: Don’t want to sound like Borat, but I like bush as much as shaved. Have you ever gone the shaved route for any of your photography sessions? Obviously, the natural look is more natural looking, but it would be also revealing to see the shaved part of Marisa too. Truly nude – no cover. Speaking as a fan of course.

MP: I don’t think I ever fully shaved. Aesthetically I personally prefer having a little hair down there, and it also just feels more right. If there would be a project where this truly nude look would make total sense, I might consider it. I never say, never.

AE: Most educated people know that organised religions are a form of control, some would stipulate the ultimate control system for thousands of years. Many are awakening to the human created control systems today, and this brings us to the question. Your nude body cuts through religious control like a knife. Are you the ultimate weapon against the trickery the religious controllers have used against humanity for so long?

MP: I wouldn’t use the word weapon, sounds kind of loaded, literally.
I do believe that art has the capacity to evoke great change.

AE: You have focused on organised religion, but political ideologies and parties are also a form of religion. Communism itself is a religion, as the slave proletariat masses are forced to worship their party and leader. Would you ever consider confronting this form of control as well, or would the totalitarian states be way too dangerous? Can’t imagine you getting far in North Korea, but the Great Wall of China could be a possibility.

MP: Recently I removed myself a little bit from walking the path of confrontation. So no Great Wall or North Korea in the near future. Currently, I’m focussing on my non-profit Earth Family. I just released the 2021 Calendar. I’m also working on a series of children’s books that will touch upon social taboos in the form of sweet stories that are filled with peace, hope and love.

AE: You have been unjustly banned from all social media sites. Unfortunately this is a symptom of our freedoms being eroded by Big Tech companies and their cancel culture soviet nature that cannot even define art from pornography. I wrote an article about Helmut Newton and put up some examples of his art, which was banned as well. Now that you are on Patreon, please can you tell our viewers what they can expect if they join?

MP: I share the process of my creations, my day-to-day life, sometimes my thoughts, obviously my works, and sometimes I have short conversations with my patrons as well.
I love asking for their opinion too. I’m incredibly grateful for all my patrons, they sustain my creations and I feel immensely loved and encouraged daily. Thank you again, my friends!

AE: Thank you so much for letting me interview you. 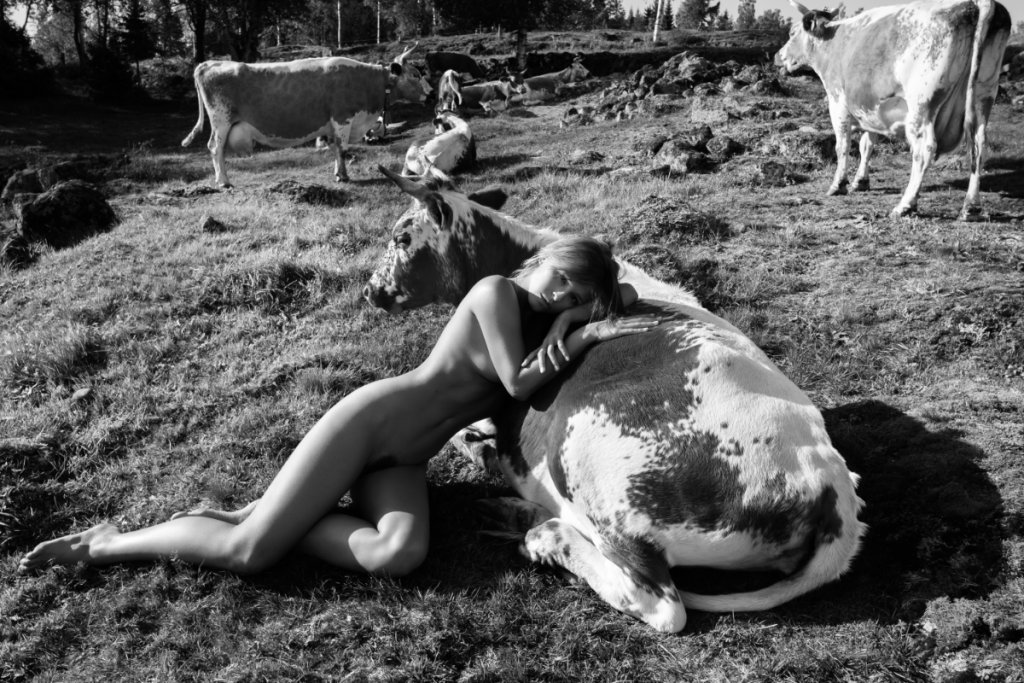 We refine what was once a raw rock of

Those letters on the bottom right-hand-side of