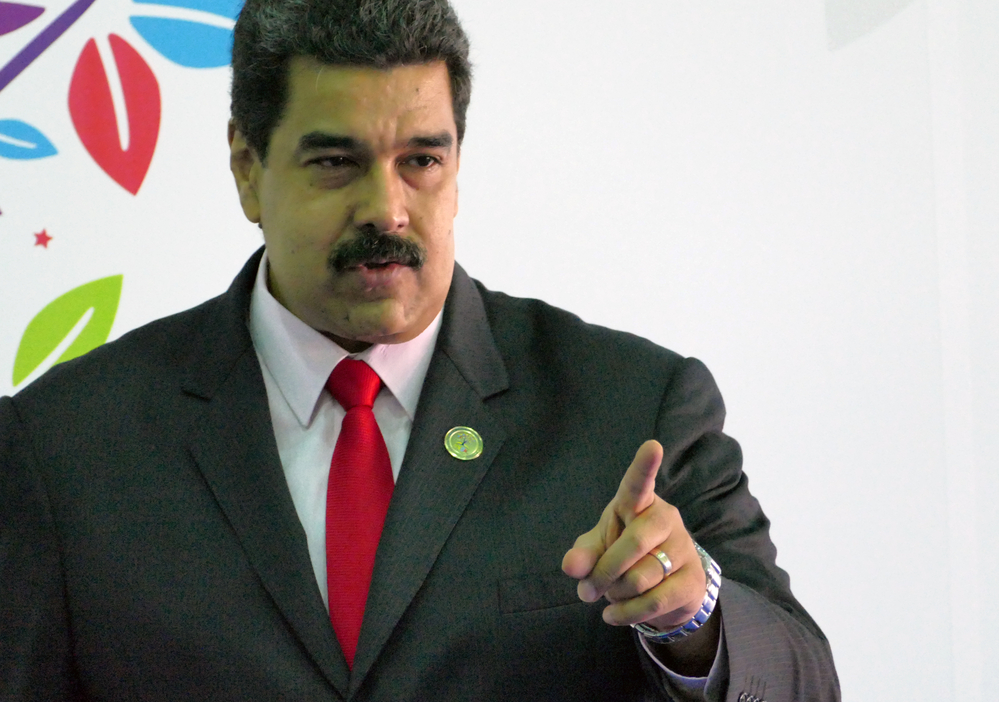 “I have never seen such corrupt elections (ahem) in my life. The USA is now even more corrupt than my country and my corrupt socialist fake elections. This is a declaration of war! Right, we attack tomorrow! Er…can anyone lend us a few pesos to buy some bullets?” Nicolás Maduro, the acting president of Venezuela said today.

Indeed, not since the rule of Chavez have the Venezuelans seen such a level of corruption committed, this time however by the American socialist party — the Democrats.

“Chavez was so proud of his fake elections but this, this fakery by the Gringo Democrat Party! They have been so sophisticated with their ploy though, we need to learn from their tactics. They use software to change the votes from one candidate to another, here we just shoot the other candidate,” Maduro added.

As the socialist American Democrat Party wants to emulate Venezuela’s socialism so much, it is no surprise that most Americans are now fighting for their very own existence and trying to stop such a terrible change in policies.

Election Fraud: @RudyGiuliani says he has uncovered enough unlawful ballots in Pennsylvania and Michigan to turn the election in favor of @realDonaldTrump. #MAGA #AmericaFirst #Dobbs pic.twitter.com/VMzMNvzffs

“Everyone is equal in socialism, look at our wonderful country, everyone is poor except for me. In socialism, misery and poverty are for everyone except for higher party members. I love to see the people eating from trash cans and rubbish dumps, after all they voted for me because I was the only candidate left alive,” Maduro added.

President Maduro has always been a great benefactor to the people of Venezuela, he even gave the entire population free toilet paper.

This is what the Democrat Party, as well as the far-left Marxist Squad have in store for Americans in the future if they ever win an election.