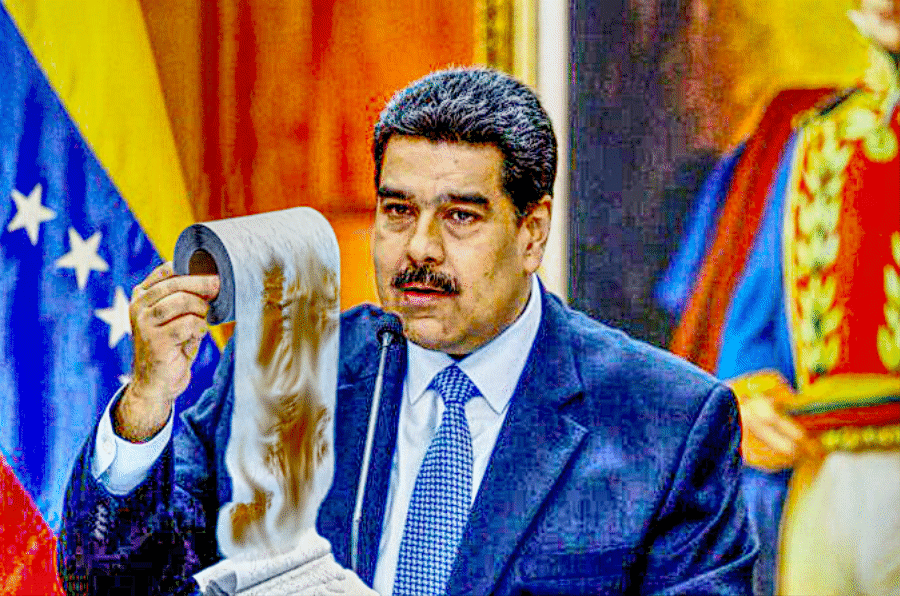 Socialist president Nicolas Maduro has offered the struggling people of Venezuela a lifeline by offering them free used toilet paper.

Millions of Venezuelans are so poor that eating the bark off trees is now the norm, and in one province, many are so hungry that they have resorted to self cannibalism. One man cooked his own arms and legs but is now in a quandary because he cannot move and just sits in a rocking chair outside his home with his mouth moving in extreme hunger.

Pedro Alcazar, 47, cooked and ate his own arms and legs because he had not eaten for five months.

“I just chop chop here and there and made some tacos. The only problem now I cannot move, and I rely on friends or family. I voted for socialism so I got what I deserve. Still, I heard in the news, our great president will give us free used toilet paper. This is a great relief. I am proud of my country even though I cannot wipe my own ass anymore.”

The used toilet paper will be delivered to citizens on Wednesday, and even though one side of the paper has been used already, citizens will be able to use the other side to wipe. The shit on the toilet paper will have at least been dried by then, although there are no guarantees.

As in every socialist country, Venezuela will do its nanny state duty and print millions of leaflets along with the toilet paper delivery advising their socialist citizens how to wipe their asses effectively using the used toilet paper.

One man was so happy he shit his pants on hearing the news.

“I just heard the news on the radio. I immediately shit my pants because I was so happy,” Pedro Almodavar, 59, told the state radio channel.

American socialist, Alexandria Ocasio-Cortez, sporting a $7,000 suit, who also wants to bring the Venezuelan socialist model to the United States, gushed with joy about the used toilet paper offer. She even made a new dance video rolling around in a pile of used toilet roll, which has become a Twitter viral hit.

“I think it is beautiful. Karl Marx would have done the same thing, as would Lenin or Stalin. My heroes are all people who favour their citizens, and socialism is a beautiful ode to poverty, a road to misery for all, not just the few. I will fly out to Venezuela myself on Thursday so I can hand out some used toilet paper to the people. Viva Venezuela, and viva socialism.”