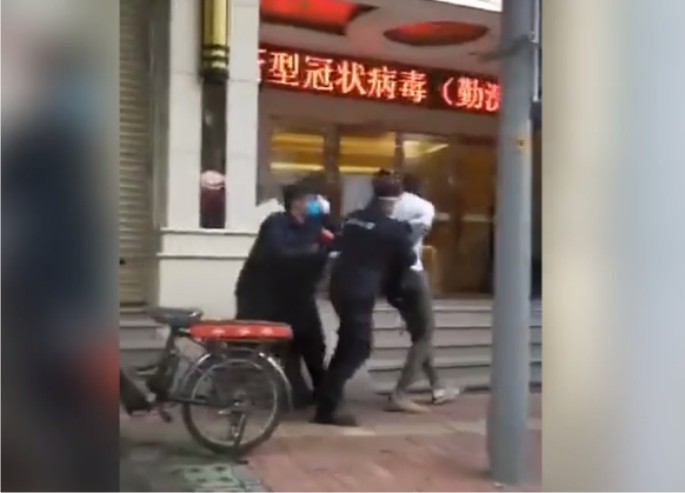 Naturally, the biased pro-China WHO chief is totally silent and dares not utter a word against his Chinese masters over the mistreatment of Africans in China, who are rounded up like animals and thrown out of their apartments left to live on the streets of Guangzhou.

“If we see a dirty, we beat them, throw them out. They infected. Black trash they try sleeping with our Chinese women. We no allow gorilla here!” One celebrated Chinese poster wrote on Weibo.

Africans in Guangzhou are being evicted from their homes and turned away from hotels, forced onto the streets, amid rising xenophobia and concerns of a #COVID19 rebound.

Socialists in the West who praise communist China in every sentence they utter, are slow to react when shown scenes of Chinese brutality and blatant racism. It is not in their programming to even acknowledge the Chinese treating black people less than animals, so they keep quiet.

“The black people in Guangzhou constitute a serious problem for the city. They are lazy and unhygienic. Many of them are drug addicts or thieves because they don’t have much in their savings. I wouldn’t be surprised if a second outbreak occurred in Guangzhou.” another Weibo account holder commented.

The horrible treatment of Africans even extends to a pregnant woman who needed a scan being denied entry into a hospital because she was black.

Despite the horrific treatment of blacks in China, the Western mainstream media has been totally silent on the subject.

Horrendous – a @McDonalds in Guangzhou. African migrants in #Guangzhou subjected to horrendous racism wherever they turn #China #coronavirus pic.twitter.com/6ROiK3UyCb