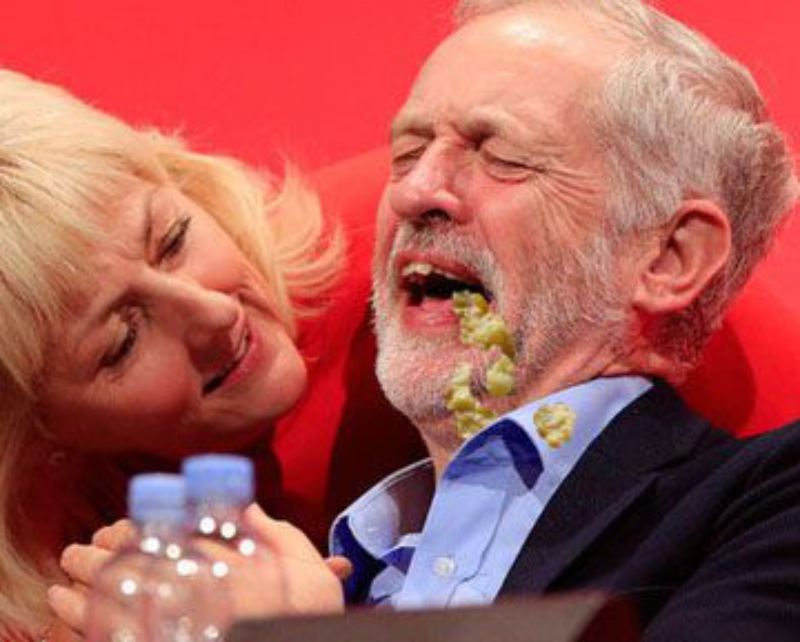 Campaign officials for the Labour party are organising a quick trip to America for Jeremy Corbyn so he can teach Americans about the low quality of their food.

“Here in the Labour party we detest Americans with a vengeance, and I am going to go to  show the Seppo Yankee capitalist bastards that their diet is sub par. What with chlorinated chicken, rat hairs and maggots in their canned goods, it’s awful. In Islington, we all shop at Waitrose, and like all good champagne socialists, enjoy the highest quality prosecco,” Jeremy Corbyn revealed at a recent Labour rally about food banks for the proles.

Corbyn’s itinerary for the trip is already planned, he will land in New York next week, then make his way to Washington D.C. and travel through many American towns telling the Americans how disgusting their food is.

Labour campaign manager, Minnie Stroney, is adamant that the trip will be a major election winner back home in old Blighty.

“This trip will showcase the Labour party’s skill in getting things done. We want to show that a Boris Johnson Trump trade deal will lower our food standards to the level of Americans. Do they have kebabs, eel pie and chips, and deep fried mars bars in batter in Kentucky, USA? Thought not. When we win the election we will stop Brexit and tell Trump to take his disgusting American diet back to his chlorinated chicken house.”