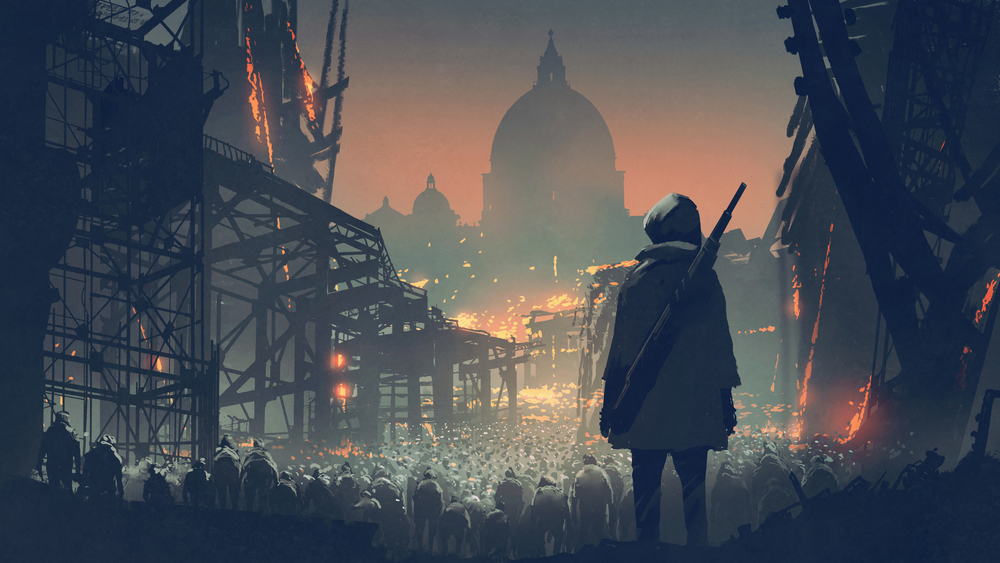 With Labour jumping six points in recent polls, they are now just behind the Conservatives, a party that failed to instate Brexit.

This failure to put through Brexit ‘Do or Die!’ as the Tories claimed has already damaged the party, but not completely, it is limping along, a wounded animal in a cut throat political atmosphere that may soon see the underdog, Corbyn riding high.

With Marxist sympathiser, university students vowing to vote for Labour multiple times, and tactical voting by the Lib Dems, Plaid Cymru and Green Party are set to reveal, as early as Tuesday, a remain pact in up to 60 seats.

The plan will see two of the parties standing down to give the third a free run in key seats. Yesterday, the Lib Dems agreed to stand aside for the Greens in the Isle of Wight.

They are also expected to do so in Brighton Pavilion, the seat held by the Green Party’s Caroline Lucas, and in Broxtowe to help Anna Soubry, the former Tory minister who is leader of the Independent Group for Change.

The moves are being coordinated by a group called Unite to Remain, which is backed by the millionaire Julian Dunkerton, the co-founder of the clothing company Superdry. It has a war chest of about £5m to co-ordinate anti-Brexit activities in 50 seats.

The Conservatives will get hit hard when the election comes, and although they are complacent of a majority, this is in no way assured due to the unnerving tactics of Britain’s hard-left communists.

Britain has failed to Brexit, and it is to this end that it deserves the severe punishment of a Corbyn government that will eviscerate the nation from top to bottom economically and socially.

What the EU Referendum showed us is that democracy in Britain is practically non-existent, and communism is on the rise. The level of dirty tricks and resistance to honouring the Brexit vote is a testament that parliament and large sections of the population of Britain today have communist Soviet ideological tendencies. The sheer level of hatred towards democracy and capitalism is proof that the general shift by the population has gone so far left that it may take many decades to cure the brainwashed masses of their communist Soviet fervour.

Voting for Labour and causing a win for them in the General Election will cause an immediate mass exodus of money from Britain as many entrepreneurs, businesses and rich people flee the country. Labour is not a party of aspiration but one of poverty, victimhood and envy. Those who vote for such an overtly Marxist party have got nothing to lose, and it is their wish to punish not only the rich but themselves as well. You see, British people are ultimately masochists, they enjoy their abject misery, and they do not aspire for greatness, they hate that, they hate themselves, they hate those who succeed in life or business.

It is this self-hatred and masochism that caused Britain to reject the open prison door when Brexit was offered to them. Instead, the British people, the good little masochists they are, preferred to stay in the dark prison of the EU. They could have escaped to freedom countless times, but chose to rot in their EU cell as their EU wardens laughed and spat in their faces.

This is the ultimate psychology of a lost nation who has forgotten the sacrifices made by the brave soldiers and civilians in two world wars, instead choosing to desecrate the graves and memories of those who fought for freedom and democracy.

Soviet communism has won over the youth, as their Marxist tutors indoctrinate them, and this is why Labour may very well win the election.

Boris Johnson is looking rather scared these days, and quite right he is to be fearful of his party’s position in the polls as the organised left continue to dominate the social networks with their soviet message.

When Corbyn wins the election, Britain will effectively cease to exist from that point onwards, as will our nuclear deterrent, thousands of Jews will flee, 90% of Britain’s wealth and business will leave, and the ‘special relationship’ with America will also cease to exist.

Britain deserves this punishment, and the curse of Corbyn, which will infest the nation, a biblical plague of soviet evil will descend across the land taking from the hard-working and giving to those who think they are entitled to free things for nothing. Poverty, pestilence and economic apocalypse will plague this country for the next four or five generations to come after the mass borrowing spree of Corbyn and his cronies is over.

You fucked up BoJo, we were counting on you, but you have potentially given this one to Corbyn wrapped up in a gold plated Soviet star.