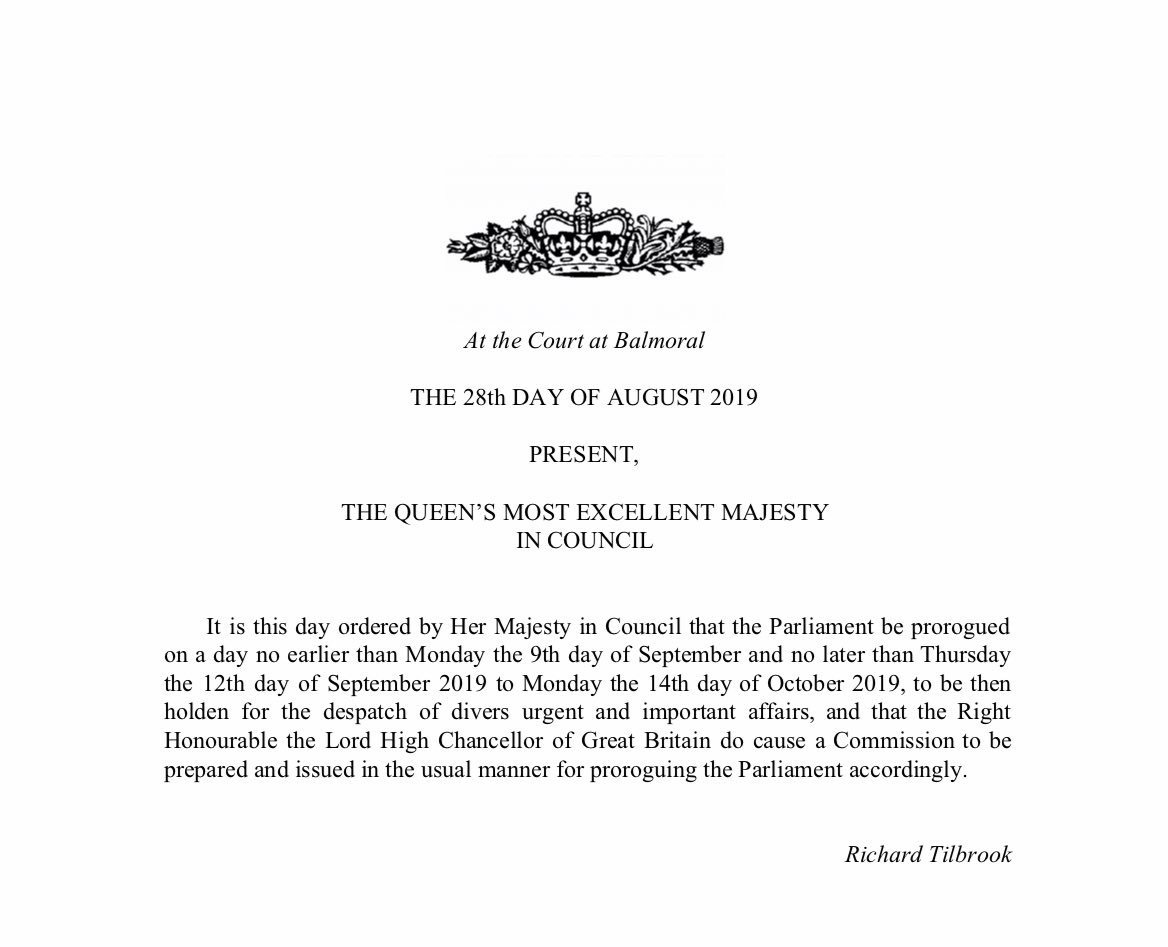 Her Majesty the Queen, Elizabeth II has agreed with the Privy Council and UK government to prorogue parliament so as to bring in new legislation, and to ensure the deliverance of Brexit.

The Queen has announced that Parliament will be suspended from the second week in September to October 14.

All MPs in parliament who try to block the will of the government and Queen are going against Britain, and are treasonous in their actions.

If the rogue MPs who do not respect the people’s will to leave the EU and dishonour their vote carry on with the way they are carrying on, may they feel the wrath of the Crown and people.

It is a great credit to our sovereign regent to bring forth her signature and approval to the proroguing of a parliament that has been hijacked by corrupt, dishonourable jackals.