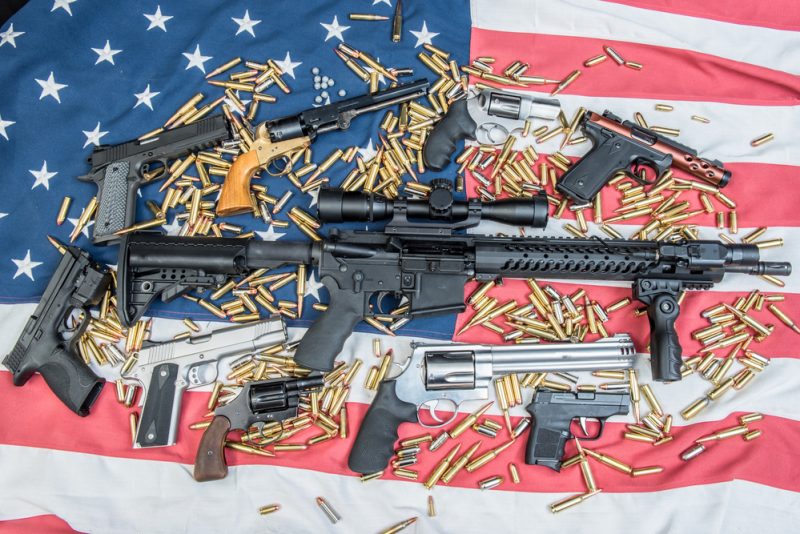 What would America be without its guns? How come in Switzerland, there is a large population of gun owners yet no weekly massacres?

“This is not about guns, it is about American society, and how Americans need to have guns to merely feel alive, without their weapons they see themselves as nothing,” one analyst revealed.

It seems Americans need to feel that they are constantly under threat, and the only way they feel safe under constant threat is to own an arsenal of guns, therefore life for an American is a constant struggle with their own paranoia. The internet is an expression of America and its people simply because Americans are the loudest people in the world. Anything that happens to an American has to be broadcast across the internet, on YouTube or Facebook and it has to be done in the loudest and most obnoxious fashion.

It is this incessant loudness that exemplifies everything vulgar about America, including their desire to express themselves with mass shootings, wars and constant proclamations about how great they are. All the major internet companies are American, and they supersede every other national voice on the internet, bringing a forced superiority to any form of internet expression.

All media is American forced upon the global population from Netflix to Hollywood, constantly churning out American points of view whether anyone likes it or not. All major celebrities are American, and supersede any other celebrity from other nations. The majority of computer games are created by Americans and fulfil their role in extending the American point of view across the globe as much as any other medium.

This incessant insidious poison of Americanism fuels more hatred across the globe than any known machine in the known human multiverse.

“American mass shootings are a valuable by-product of American culture, they are brief emotional outbursts of bullets telling the population that the shooter is an American and proud of their status. To shoot dozens of innocent Americans is for an American a handshake of friendship beyond any other form known to man, it is the ultimate compliment as an American to be greeted with an AK 47 bullet in the cranium. You have now joined the hallowed halls of America’s finest,” another analyst revealed.

American culture is built upon brutality, the hardest and shallowest, worst form of cultural suicide, where the American hero walks across and over the bones of the millions of natives his ancestors murdered. This spicy American life, a moment in historical genocide, tempered with slavery, greed and power is the ultimate moment of Americana, a rifle held up high over the dead bodies of American enemies.

You are the bad guy, you are American, and you know it deep in your heart, but you talk the talk, loud and louder, loudest. The sheer volume and intensity of the American makes everything valid as the other nations can only sit and watch quietly from afar.

One day, the loud American may become silent. This may be a very dangerous moment in earth’s history.