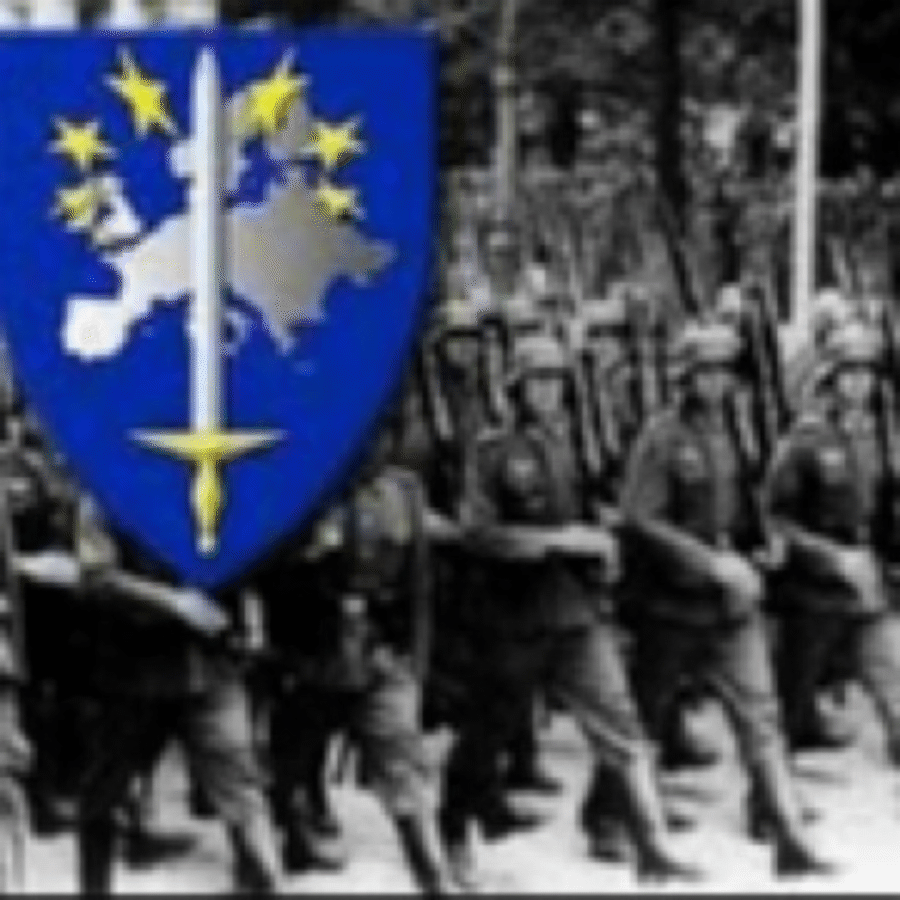 Analysts at the ‘Strategic Hazard Intermediate Task’ agency in Washington D.C. reveal imminent threat data and risks from the formation of an opposing EU Army which current German Chancellor Angela Merkel claims will be bigger than the U.S. Army.

“The EU’s Global Strategy on Foreign and Security Policy is overseeing the formation of the European military force that will rival NATO and the military of the United States. This EU Army entity will comprise forces from 28 member nations and will be led primarily by German commanders. If Britain leaves the EU, there will be 27 member states participating in the EU Army.

“All member states within the European Union will be forced to participate, and a compulsory conscription service will be mandatory for all EU citizens from the age of 16. The program is currently being tested in France, and will be rolled out to other EU sectors from 2021 with full military conscription.

French President Emmanuel Macron Calls for a ‘European Army’ to Defend Against China, Russia and the U.S.

“Further threat analysis finds an immediate basis for intermediate conventional war with Russia, directly through the Ukraine, and EU member states bordering the Russian Federation. Conflict could easily escalate, especially if the Russians witness the creation of a vast EU Army directly on their doorstep. The build-up of immense military forces alone will start alarm bells in Moscow. Depending on how any future conflict proceeds, there could naturally be an escalation leading to full nuclear warfare.

“Conflict with the United States would begin after a series of trade wars, as well as major differences in diplomatic relations with rogue nations like Iran and issues relating to climate change. The EU Army comprising air, sea and land forces could deploy their forces on mainland United States after cutting off shipping routes to America holding essential supplies like oil and food. Although the USA has a formidable military force, North America could incur vast amounts of damage from EU forces.

“Once again, history may repeat itself, with American troops landing on the beaches of Normandy. Not to free European citizens from the scourge of Nazism, but instead, the scourge of the European Union, a pseudo communistic entity created in the heart of Europe comprised of many nations coerced to join through economic blackmail.”

The full paper will be published in August.