“It’s really confusing. One minute our superiors are saying she’s the best thing since stable hay and giving her horses, and the next they’re telling us to arrest her.” Special Constable, Peter Plodder, told the BBC from Marbella, Spain.

The Metropolitan police have been implicated in the News of the World and Sun newspaper bribery and corruption scandals for taking thousands of pounds in payments for information about celebrities and politicians.

Many officers are now very sad that their little perks, paid for by the Sun and the NoTW have been curtailed, but with the sadness also comes fear for many police, because what if she spills the beans on more corruption?

“She’ll be singing like a canary to save her own skin, half the force could get implicated. I hope all those expensive foreign holidays and games room extensions were worth it,” another copper, who wished to remain anonymous revealed.

There is still a chance that Mrs Brooks could be freed early if she pays up more cash to the police either in a brown paper bag or through a bail payment via a lawyer.

Either way, she will be riding her horse off into the sunset soon enough. 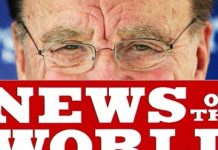 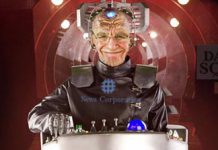 Don't Worry Rupert You're Always Welcome at the Squib 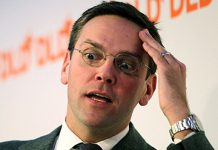 Murdoch: "I Have Permanent Amnesia"