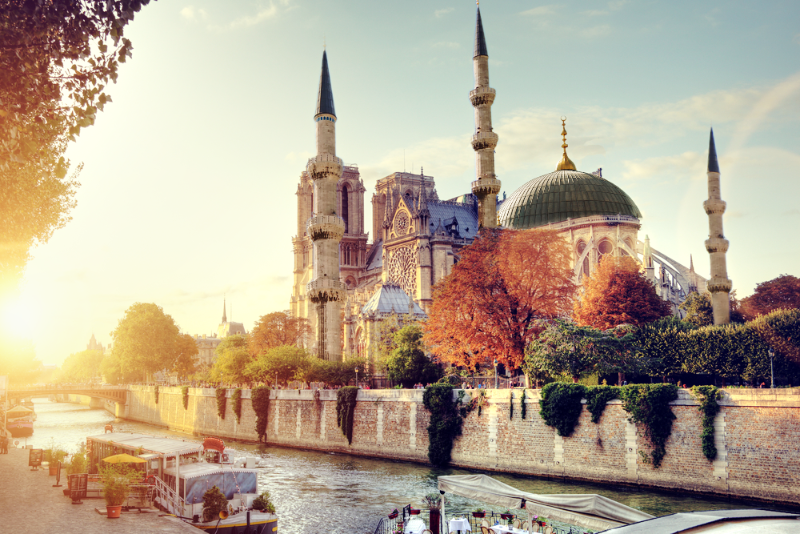 After the tragic destruction of much of the Notre Dame cathedral by fire, the monument will finally be brought back to life.

Thanks to the donations of France’s billionaires, who have donated over a billion euros to the project, the new vision will reflect France, and especially Paris in the dawn of a new age.

“France has changed since the Middle Ages. Where the Notre Dame used to serve as a symbol of French nationalism, the country has profoundly moved towards a more dynamic Internationalist globalist state. France is not France anymore — it is the EU,” chief architect, Sinan Masood revealed in Le Figaro.

The new design will still keep elements of the old cathedral but there will be four minarets and a dome. The twin towers housing the bells will still stand for historic significance.

“Paris will hear the bells, but also the call to prayer, the Muezzin. There will be no French flags allowed near the cathedral, only EU flags,” Minister of the Interior, Jean Baptiste said on Thursday.

As plans develop further, more information will be revealed.