“I told the Air Force One jet to take a detour and Barack was forced to agree with my wishes. I needs to gets me some of those Air Jordans. I went over to the sto’ and I said ‘Gibs me’ those shoes when a big ol’ mutha tried to take them shoes from my grip. Let’s just say hell hath no fury for a first lady scorned. I nailed that bitch into the middle o’ next week…and then some,” Mrs Obama told the North Carolina Herald newspaper.

The disturbance started inside Carolina Place Mall just after 7am when the Obama entourage arrived.

Witnesses said forty five SUVs and a helicopter arrived at the mall as officials opened the mall doors, crowds of people pushed their way in including Mrs Obama and some secret service men.

“Michelle almost took the door off the hinges. I heard her hollerin’ tellin’ the secret service boys to get as many Air Jordan’s as possible while she bagged four pairs herself,” one shopper who didn’t want to be identified said, “there were women with babies in their hands and they on their backs. Michelle didn’t care though, she said she was putting herself number one fo’ a change.”

Michelle Obama, is known for her love of shoes and is not averse to spending $4,000 on a pair of flip flops even though the U.S. is currently battling a debt of 114.5 Trillion Dollars, she has already spent $17 million on holidays this year alone. 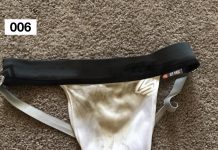 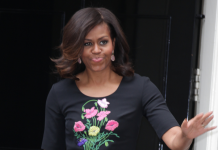 Why Michelle Obama Will Not Run For President