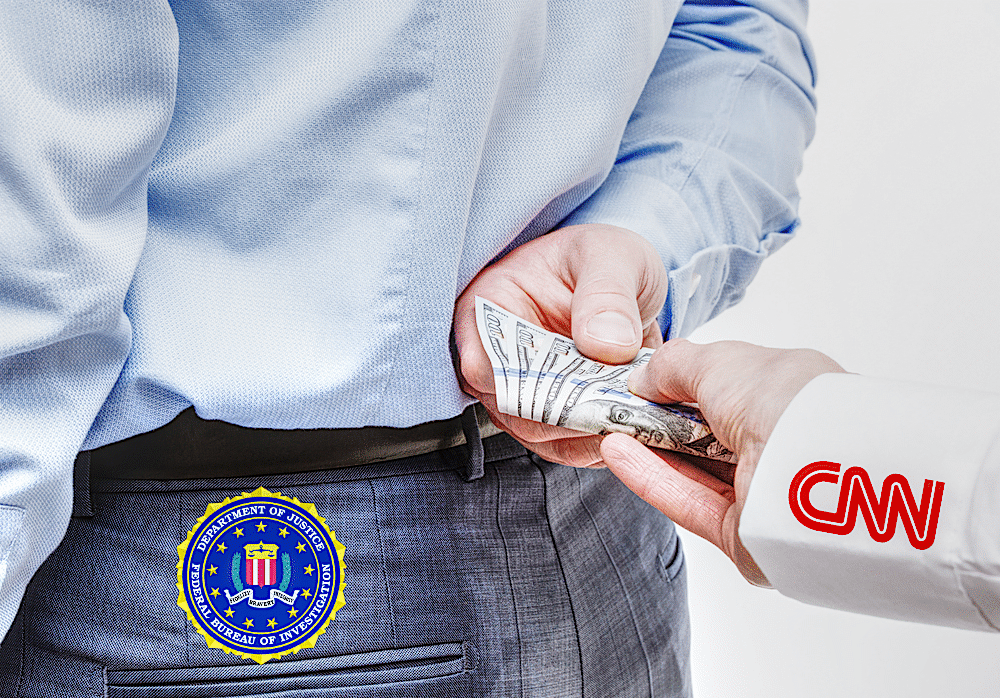 There’s something weird going on in America, where the FBI seem to have turned rogue, and are now working exclusively for America’s leftists.

This sort of political collusion some would say is a sign that corruption is now the norm in America, especially when the FBI themselves probably tipped off CNN beforehand, as a reporter mysteriously materialised one hour before the raid, and covered the whole arrest.

Roger Stone, a very amiable chap, was then forcibly taken away from his home by masked FBI thugs armed to the teeth in the early hours of the morning. They don’t even roll out this sort of circus for high end terrorists so why Roger Stone?

“It’s because he advised Trump, or something like that during his election. The Democrats increasingly can’t get over the fact that Trump was elected in a just honourable manner and are now acting in the most psychotic fashion imaginable. This Mueller fiasco is the main reason, but it is certainly just about Trump. The governmental agencies you see are still under the control of Obama, and it ain’t going to stop until Trump announces a state of emergency,” one pundit revealed, Friday.

It’s not only poor old Roger Stone being dragged across the coals, but innocent Catholic school children (The Covington Boys) wearing MAGA hats, accosted by Red Indians claiming to serve in Vietnam, and the fake news gears of CNN, MSNBC, Buzzfeed, and New York Times, working to create a white racist scene out of something that was totally different in reality. The American leftwing press has been caught with their trousers down by creating a fake news scene out of nothing causing death threats to be sent to school children. It’s ok though because if a socialist wishes a child dies horribly, this is admissible as socialists are given a free card to make death threats to kids with impunity in America.

The current climate in the United States is one where the mainstream lefty media do not have any journalistic ethics or impartiality anymore, and an all out war is raging between socialist leaning Democratic funded media companies, against everyone else. Who will win this war is anyone’s guess, but it seems the left wing have the most power in all media worldwide, and the others are lagging behind, with little or no power.

There is certainly a build up process going on right now for civil war to occur in America, and when it does kick off, satellites orbiting the earth will be able to pick out the gun flashes.

Here’s to a corrupt, polarised America on the brink of civil war…nothing’s changed then.