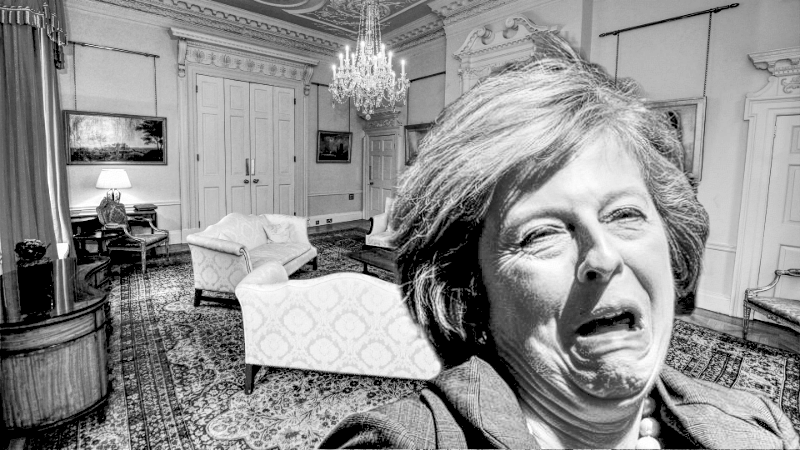 News just in, PM Theresa May is going to have a mass debate on the BBC it has been confirmed today.

TV bosses were however not sure who or when the PM will have a mass debate with, because she keeps ducking and diving in and out of the debate.

One of the PM’s aides, John Sommers, was indignant about the whole affair.

“I just told her, come on, pull your fingers out. You’re already knuckles deep in it. You have to have this mass debate otherwise people won’t take you seriously anymore. Trying to get the PM to make a decision is like rubbing a forty day old pollock until all the fish juice squirts out all over the carpet, imagine the smell of it.”

After much wrangling, it has been officially confirmed Theresa May will have her mass debate on telly, this Saturday. She will be mass debating with herself and trying to convince herself that her Brexit In Name Only bad deal is what people want.

“The PM firmly believes in repetition. For example, if you say a lie to people long enough, not only do they start to believe your lies, but eventually you will believe your own lies. That is the way the cookie crumbles,” the PM’s aide added.