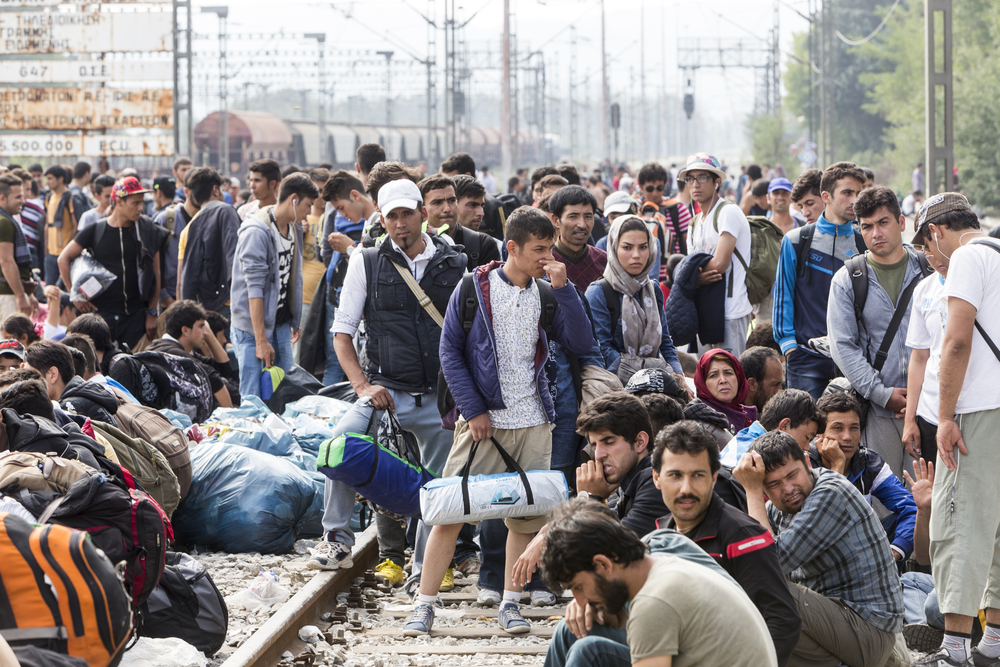 The Global Population Research Institute in Rome, Italy reveals the problems that globalists will have to deal with in the future.

“For the past thirty years the West has been seemingly under attack from forced third world migration, and from economic means of tying the West to communist regions like China. This was all pre-planned, and orchestrated by key globalist players as well as their counterparts within national governments.

“During this major upheaval, whole industries have died, and others have sprouted from their ashes. Whole areas of indigenous Western communities have seen their countries changed permanently by migration from the poorest nations. Cultures have been destroyed, and we have seen massive White Flight from whole cities in the West.

“This forced globalisation where once rich communities have been flooded by the third world, are the work of globalists who did not do their homework. They did not understand the consequences of flooding the West with poorly skilled migrants, millions of people who instead of being a positive for the economy have drained it, turned wages down, become a burden on social services, and crowded the hospitals.

“There is now a massive polarisation within communities, a vast chasm of ill feeling, and even thoughts of civil war, as resources run low from the migratory influx.

“In Britain, we are seeing Brexit. In Italy we are seeing rebellion. In Hungary more dissent to forced migration. In Germany, the major recipient of migration, we have seen vast communities completely ignored by the authorities as they cater for the needs of migrants over their own citizens. In the USA, we are seeing migrant caravans daily coming from the poorest South American countries, organised by NGOs and other agencies. In France, we are seeing whole boulevards and neighborhoods taken over by tent cities made up of Sub-Saharan and Middle Eastern migrants.

“The plight of these people are a symptom of global overpopulation, unfettered breeding, creating poverty, disease and pollution, then imported into the West by globalists.

“Naturally, the elite globalists do not have to contend with this migratory influx. They live away from these areas, secluded in luxurious environs, where every whim is catered for. The globalist elite have special medicines that are not on the civilian market, and live on food that is not tainted by chemicals that the rest of the population have to live on. Their water is pure, and every month, large sums of money are deposited in their accounts, not only from the taxpayer, but from their companies.

“Globalism is good. Globalism is a necessity when it comes to business. The new world order once assimilated will function in a global single market capacity, however the architects of globalism have underestimated the fight for national boundaries.  The elite globalists have underestimated thousands of years of European history, and they will have to evaluate how they have misread the process of forcing migration on to Europe and the United States.

“Why does China not take any third world migrants, Japan, Russia or Saudi Arabia? This is a simple question to answer. Because they have designed their societies and culture to reject assimilation with any other culture other than their own. This technique is not prevalent with the liberal socialist blank canvas of the West, where to be proud of one’s nation is immediately pounced upon and the individual is labelled a Nazi. Acceptance of migratory forces is therefore accompanied by liberal guilt if not adhered to by the masses and governmental factions.

“The failed current globalist migratory experiment is now leading to serious unrest in the populations of the West. Fractured societies cannot be fixed by one singular solution alone, there will have to be many variables, however, the globalists have forcibly fractured whole swathes of people and at high speed creating a doppler effect in population shift factors.

“The globalist elite will have to adjust their technique, and move towards stronger methods to impart their message. This could involve complete breakup of nations within the global matrix, internal warfare, or even warfare externally across borders. There are more step to take, and they will not be painless.

“To exercise change in the long-term, there may have to be some eggs broken to make that omelette. True change can only come from a clean slate, a purge of the old system, and ultimately global warfare. This is the only way the new world order will truly rise, because once the globe is purged of the excess, and the old problems, it can start afresh creating the system that does not need wars, forced migration, mass consumerism, pollution, or mass factory farming. Once this has been achieved, a controlled population will be assembled which will allow the much needed regeneration of the earth’s resources.”