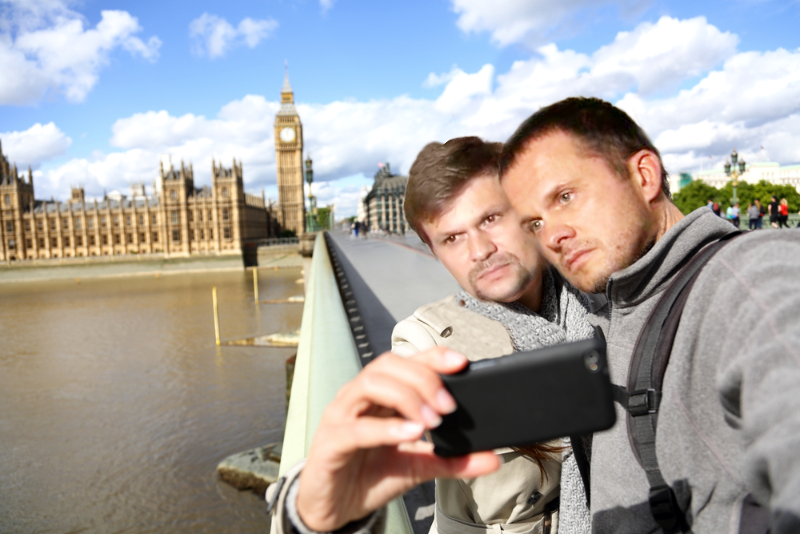 Leaving a trail of death behind them wherever they went, Russian Novichok tourists, Ruslan Boshirov, and Alexander Petrov, said they enjoyed the sights and sounds of Britain as they holidayed around a few cities.

“We especially enjoyed the London sights, despite the high crime rate, we were strangely not affected because many people would just drop off and die as we walked past anyway. Some might say, we’re doing the work of the London Mayor,” Petrov said aloofly.

Petrov’s partner, Boshirov, was keen to see the Salisbury cathedral, because of its spire, and old cock.

“We awakened early in the morning from bed together in our East London hotel room, then travelled to Salisbury, and the rest is history. It’s all over the news. I don’t have to talk about it anymore,” Boshirov said.

The couple, plan to adopt a baby from one of the many squalid Russian orphanages in October, and are keen to see the sights of Europe before they settle down to life with their new baby in their gay family unit.

“After landing at Gatwick, the customs man said ‘Anything to declare?’ and we just ignored him and walked through. When I looked back, he was lying on the floor with white foam coming out of his mouth.

“London is such a fabulous city. We went up the London Eye, and later on Petrov took me up the jack’s-ie. After a romantic traditional Russian dinner of plain boiled potatoes, boiled cabbage, and boiled cabbage dessert with boiled water, we retired to our hotel bed,” Boshirov revealed sashaying along the corridor flamboyantly.

Whatever is said about these two men in the press, they sure are an entertaining couple of fellas.