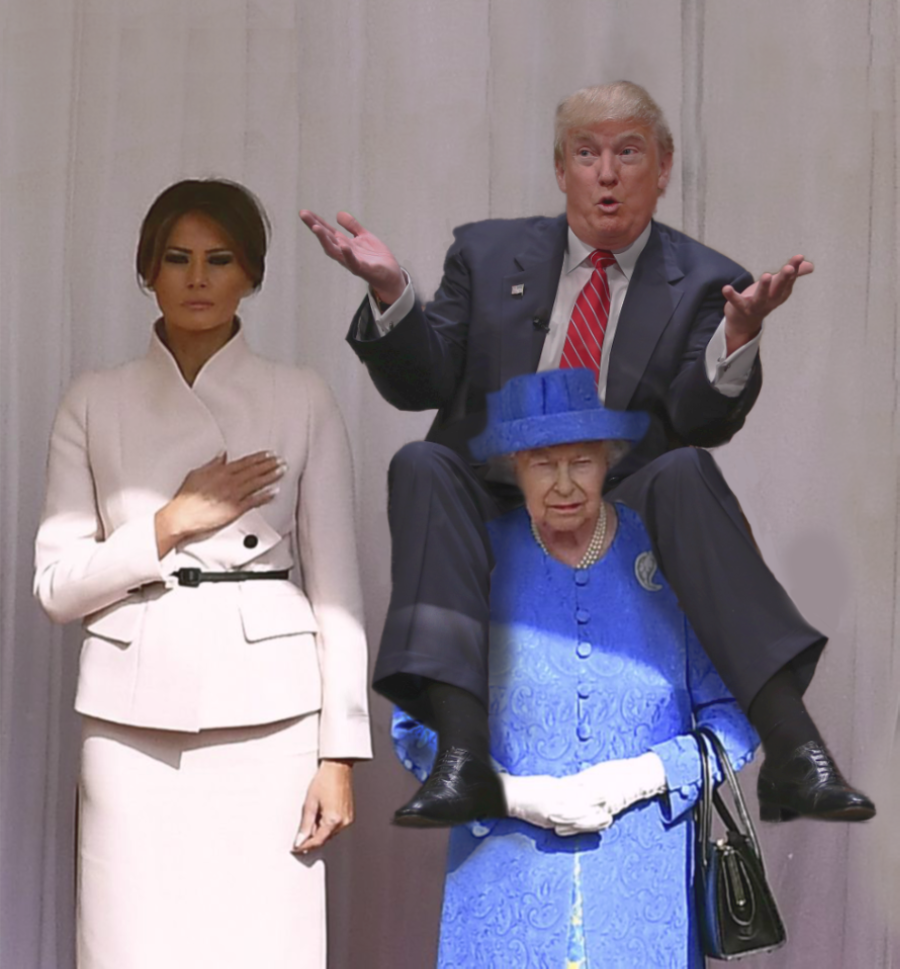 Few people will have expected Donald Trump to conform to all protocols during his first official visit to Britain – but he nevertheless raised eyebrows when he twice broke with etiquette within minutes of meeting the Queen at Windsor Castle.

The US president was condemned on social media for walking in front of the Queen as they inspected a guard of honour of the Coldstream Guards.

She was left having to decide which side of him to go as she caught up to walk alongside him.

Then during a photo call, the president jumped unannounced up onto the Queen’s shoulders and started waving at the assembled press and Coldstream Guards making funny faces.

The Queen kept her regal poise throughout the president’s antics, and shouldered the heavy burden quite remarkably for a woman in her nineties. Melania Trump, just ignored the whole event completely.

“The Queen showed extreme strength and poise throughout the whole Trump event. Wow, she is so strong she did not even flinch once.” one Twitter user commented.

A royal family spokesperson said the Queen piggyback was completely off royal protocol but because it was performed by the American president, it was laughed off afterwards as a show of American greeting.

The monarchy’s official guidance online says there are no obligatory codes of behaviour when meeting the Queen or a member of the royal family, but many people wish to observe traditional forms.

“For men this is a neck bow (from the head only) whilst women do a small curtsy. Other people prefer simply to shake hands in the usual way,” the royal website says.

Piggybacks are a complete no no, when it comes to royal protocol.