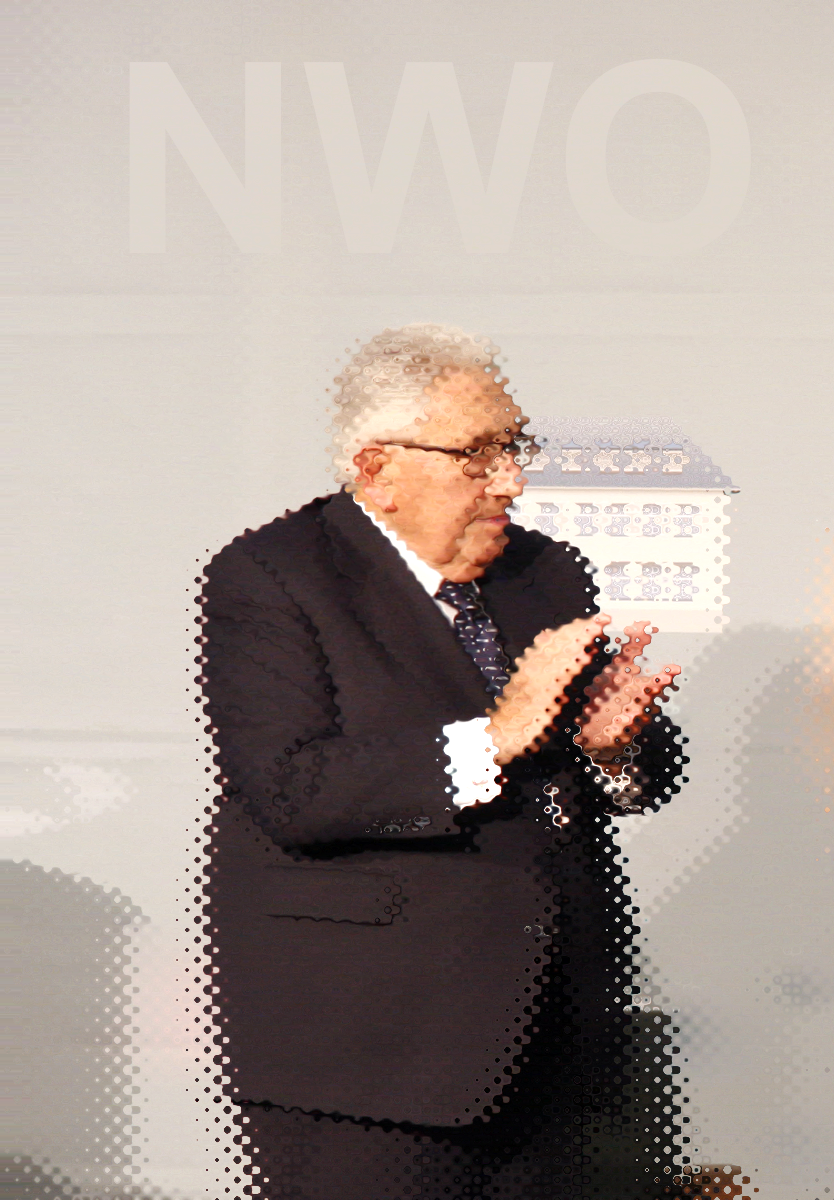 The prophesy the Daily Squib published in 2011 is slowly coming into fruition, as espoused by the venerable Henry Kissinger, possibly the greatest living statesman of modern times.

THIS ARTICLE WAS REDACTED DUE TO THREATS FROM GOOGLE CENSORS. PLEASE SEE END OF ARTICLE FOR EXPLANATION. 10-JAN-2022

Now that the future prophesy is becoming a reality we had to pick Henry’s brains just a little more to possibly see the real clincher in how the whole chess game will pan out.

Once again we were afforded a brief interview with the elderly statesman in his grand Manhattan apartment, and after a long journey from London, England, we were greeted with the utmost hospitality from our host.

Kissinger for his age looks remarkably well, of course he has the stoop, and lumbers over to an exquisite Louis XVI chair humming a jovial tune, but his mind is still a tour de force to be reckoned with.

Kissinger’s nurse, Hilda, hands over some fine brandy, and we get started. Kissinger speaks with a gentle lulling voice.

“In our last conversation I spoke of the key to war. This key is Iran, and its catalyst was Iraq and Syria. One must remember that a conflict with Iran is effectively a conflict with Russia and China, and soon they will enter the fray, as was prophesied. We, the United States have been baiting the Russians and Chinese for some time, and slowly they are getting the message. They will be forced to make their move sooner than later. The supreme land of Eretz Ha’Avot, our motherland, our home will fight with all its might now to cleanse the Middle East of threats to Israel. This is the time to cut out the tumour that has haunted us for so long, and Bibi, my protégé, will take no prisoners. Rest assured, I was on the phone to him yesterday during the Iranian attack on the Golan Heights.”

I ask Kissinger, in the last conversation we had in 2011, he was quoted as saying “It is just that last stepping stone, i.e. Iran which will really tip the balance”. Why is Iran such a stepping stone for total global warfare?

Kissinger pauses for a few seconds, then rasps quietly, yet forcibly.

“The Persians are the ultimate prize in global hegemony. Once that line is crossed, then the onus and power play increases incrementally. The stepping stone to global domination ever closer for the United States. Iran is bolstered by Russia and China, and when we take that away from them, they will have less global power, they will have less global brinkmanship, they will see reduced global territorial influence in the region. This will cause them to make a move, because if they do not, then they are finished as well as the Iranians.

“When General Wesley Clarke said that seven Middle Eastern countries were to be taken over, he was not joking or fooling around. This is the plan all along, and the internet is helping the spread of Western culture, Western ways, that these countries aspire to be like the West, especially when every day they see how we live very well in the West. Their poverty, their uncertain living standards, their constant state of war for them becomes unbearable. The people will also eventually revolt from the inside to dethrone the dictators. Look what happened in Libya, in Egypt and Tunisia, now in Yemen, and Syria, Iraq as well as the failed coup in Turkey. Hearts and minds first, then military.”

I ask Dr. Kissinger about Obama’s style of presidency compared to Trump’s.

You cannot make an omelette without breaking a few eggs

“Essentially one was the sweetener before the cup of coffee. Obama’s role, and he played it very well was to sweeten up the chumps, and to think they had one over us. Naturally, Obama did not know that was his role, and he naively believed he was doing the right thing. However, we would never give in so easily, and this is why we put Trump in. Once we had the sweetener, we put in the cup of war, the coffee, strong and military trained of course, as Trump is, he went to military academy and knows what is needed. He knows that business is war, war is business, and he also knows that to really finish the job, we must have total war or nothing will ever change. You cannot make an omelette without breaking a few eggs, thus meaning — for true change to come, we must first have some constructive destruction. The purge may start with a virus, a few waves will be the starter. The moment of truth will be beautiful to behold, because war is both things, it is ugly yet beautiful in what it can achieve.”

Did Dr. Kissinger know about the EU army, and its preparations for war with Russia in 2011? I ask the esteemed gentleman that question.

“Yes, of course I knew. Yes, Russia has always been a thorn in Europe’s side, and the recent incursion into Ukraine was a small but decisive move by Putin. Here is a man that I respect highly because he acts decisively, yet secretively, almost akin to a grandmaster in chess, but we will always outmanoeuvre him with our technology, our technique, and we will outmanoeuvre the Chins too. We shackled them with communism in the first place, therefore they have their hands tied behind their backs and are literally too blind to see straight with their restrictive ideology. The Russians however have gone from communism to authoritarianism and vast amounts of mafia corruption, I might add. The Russians are still in a post-Soviet stupor, they have still not found themselves. As for Europe, they are in a sclerotic state as the drums of war are beating ever faster and louder every day.”

By this time, Kissinger is getting tired, his head lilts slightly forward, and some spittle drools onto his dressing gown. The nurse quickly applies a handkerchief to his jowls, and I am permitted the final question for the session.

I ask Dr. Kissinger about the New World Order that will come after the purging is completed. What will that entail?

“Most of it, I cannot talk about, and I may not live to even see it, however as one of its 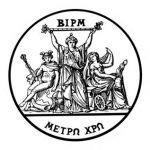 architects, I can reveal a few slivers of information. Essentially the NWO means singular. There can only be one winner over all of earth’s last remaining resources, and no other factions can exist. It also means a controlled population below 500 million where no other conflict will ever occur again. This will be called The Great Reset. As I mentioned before, it could be a virus that suddenly erupts most probably from somewhere in Asia that will eventually lead to war through desperation. Invariably, the new technological society is in place now, because we have the technology and technique as we speak now, but the inherent problem is different factions, old ways of thinking and overpopulation. Of course, this is a very large topic, and I fear I have given away too much, but you do the math. If you survive into the next stage, you will be a truly esteemed member and honoured, illuminated citizen of the New World Order, but only if you survive.”

It is with those last words, that Kissinger dismisses us, possibly for the last time. We leave him by the grand fireplace amongst his books and brandy.

As I leave, I kick myself, as I did not ask him specifically how to survive through the next stage, but then remember the 2011 interview where he gave a few clues. Do you really have to be a billionaire to survive the next stage? I think to myself. Of course not, if you know how to survive, and are prepared, stocked up, anyone can do it, but you just have to get on with it as time really is running out.

There are still many unanswered questions. I never asked about Trump’s supposed successes with North Korea, or about Brexit. Time was way too short, and I kick myself for only delving into a few topics. The trip back to London is hauntingly lonely.

NOTICE – 10 January 2022 – THIS SPECULATIVE SATIRICAL FICTITIOUS GEOPOLITICAL ARTICLE HAS BEEN LABELLED BY GOOGLE AS DANGEROUS AND DEROGATORY, EVEN THOUGH IT HAS BEEN PUBLISHED SINCE 2018 WITH NO PREVIOUS PROBLEM. WE HAVE ONCE AGAIN BEEN THREATENED WITH AD DELETION AND FURTHER PUNISHMENT FROM GOOGLE CENSORS. IN THE INTERESTS OF FREE SPEECH THE ARTICLE WILL STAY UP BUT MAY BE UNFORTUNATELY REDACTED. WE SINCERELY APOLOGISE TO OUR READERS HOWEVER THE DAILY SQUIB HAS BEEN ATTACKED FOR SOME TIME, AND NOTHING WILL CHANGE. WESTERN DEMOCRACY AND FREE SPEECH ARE FURTHER BEING UNDERMINED AND 2022 WILL SEE FURTHER DETERIORATION IN DEMOCRACY.