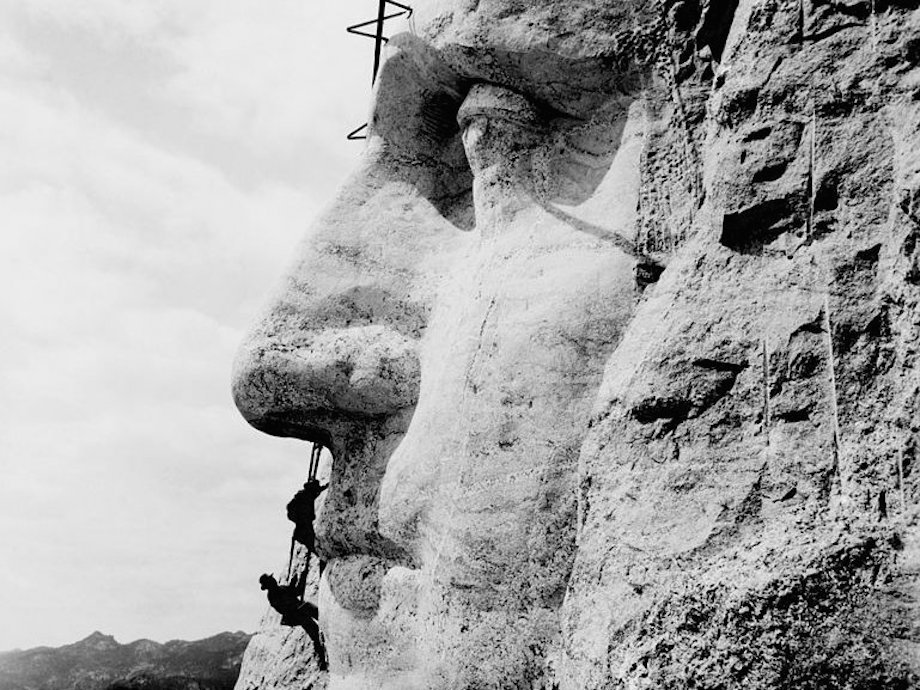 Much to the chagrin of Democrats and socialists, President Donald Trump is such a success, that the American Heritage Foundation (AHF) has reserved a place for the president on Mount Rushmore.

The foundation’s secretary, Janice Anderson, was adamant that president Trump deserved the honour of being remembered on Mount Rushmore with all of America’s other great presidents forever.

“President Donald Trump has brought America up again after many years of stagnation under that other guy. The economy is zooming ahead, manufacturing, exports, oil production, jobs, and low unemployment. The stock market just rises and rises beyond any levels we could have ever dreamed of, and the Democrats are dumbfounded, lost, and speechless. What Mr. Trump has done for the American people is beyond anything we have seen ever, and he’s got more, there’s more to come. The Teflon Don. What a guy? What a prez!”

According to tradition, the Mount Rushmore Donald Trump statue would be completed a few years after he leaves office.

“We have commissioned the finest sculptors from Italy to come here and complete the statue. It would take about one and a half years to complete. The sculptors have also compensated for the Don’s haircut, which would effectively make the statue 75 feet taller than the other statues, but we are sure that would be pleasing to the president.

“Donald Trump’s head would go next to Abraham Lincoln’s, as there is a spot there ready for crafting. Altogether, the statue will cost the US taxpayer $42 million, that’s a drop in the ocean compared to what Donald Trump has brought to America economically.”