Four Japanese tourists who ordered a fish platter consisting of one slice of trout, one slice of salmon and a few lettuce leaves, plus a round of cokes to drink were astounded to receive a bill from the Trattoria Mafiosi, in St Marks Square, for 450,000 euros.

“Like all the dumb Japs, they paid up and left,” Luigi Montagna, the eatery’s laughing 5″1 owner told the local Venetian news.

To say it is dangerous to eat in Venice if you are a foreigner is an understatement. The unscrupulous restaurant owners love to rip off tourists who they think don’t know better.

“The tourist he say to me he want a lasagne. I slap on a teaspoon of mincemeat, half cook, then throw on a piece of lettuce over the top. He smile like it best Italian food in world. I charge him 670 euros not including tax. He leaves happy, I leave restaurant straight to my mistress, happy. We all happy, innit?” another Venetian restauranter revealed with jocularity.

It takes fucking balls to charge someone that amount of money for a mediocre meal and get away with it. We asked an Italian psychologist what kind of person could get away with such behaviour?

The balls of an Italian – Avercele

“Balls! Avercele! Only an Italian can charge such large amounts. We have the biggest hairy balls in the world. As a man during the day, you have to touch your balls every few minutes, you know pat them, treat them nice. This is why Italian restaurants can charge obscene amounts of money to tourists and get away with it, like nothing happened. Balls. That’s what Pacino said in Scarface, the only thing that give orders is Balls. Women can’t do this shit, they don’t have the balls, and they don’t have Italian balls, the biggest fucking balls in the fucking world. That’s why we drive Ferraris and Lamborghini. That’s why we shoot for goal from halfway line, that’s why we can charge a Japanese tourist 750,000% over the normal asking price — Balls!” Professor of Psychology at Venice University, Gianluca Palle, revealed.

The Venetian Tourist Board advised all visitors to Venice to be prepared to be ripped off at all restaurants as it is an “Italian customary right to inflict ridiculous prices on tourists”.

In November 2017, a British tourist dubbed a Venice restaurant “horrible and disgusting” after being charged €25,526 (£22,420) for lunch for three. The tourist from Coventry ate with his parents at Trattoria Stronzo in the central San Marco district, ordering a spread of food and sharing it between them. Italian restaurants often charge by weight rather than portion, and the restaurant denied any wrongdoing.

Venice mayor Luigi Coglione introduced fines last year of 2,000 euros to dissuade tourists from littering, walking around topless and other acts deemed inappropriate, but also said tourists “need to shell out a bit” when eating in the city, following criticisms of extortionate bills at restaurants. 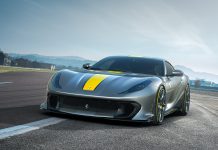 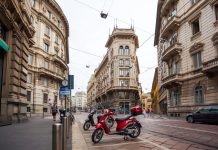 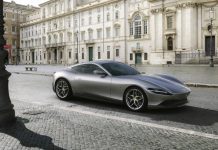