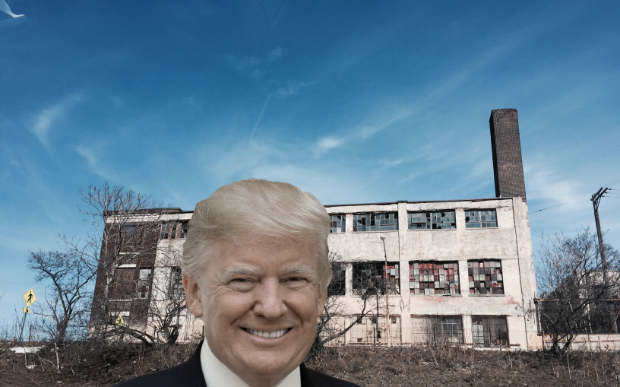 “You ever been to Detroit? You ever walked down Skid Row? Been to Camden, New Jersey? What about St Louis, Missouri or Chicago? Luckily I have not, but I seen pictures and videos of those places.”

The president was angry that much of America is now a shithole and wondered how it got that way.

“I don’t know. I got some president guy from Botswana, some place in Africa, coming up to me and saying that Detroit is a shithole. Please can someone tell me how most of America is now a shithole? It certainly was not like this before things turned nasty?”

Mr. Trump, who is only surrounded by gold furniture, elaborate decor and the finest things in life has never been to Detroit, or walked down the slum of Skid Row, so he lives a closeted life that only the very rich can afford.

Trump’s lavish golf courses, resorts, and hotels are a far cry from the places where immense poverty lies with homelessness, drugs and crime.

“Why are these places in America shitholes? Why? I want to ask somebody, somewhere to tell me why Detroit is a wasteland, why gangs are all over the place shooting shit up, why there is so much homelessness in Skid Row? Someone must have the answer?”

What can be done about America’s cities sweltering in the heat of poverty?

“Like what the shit is goin’ on here? All I see is liquor stores, gangs and people on the streets. I don’t see an America that I thought was America. I suppose I never ventured into these places, probably because I’m white, privileged and damn rich!”

Mr Trump, has also not mentioned American prisons where the population is made up of 70% black people.

American shithole cities are also blighted by gangs but that’s another story..