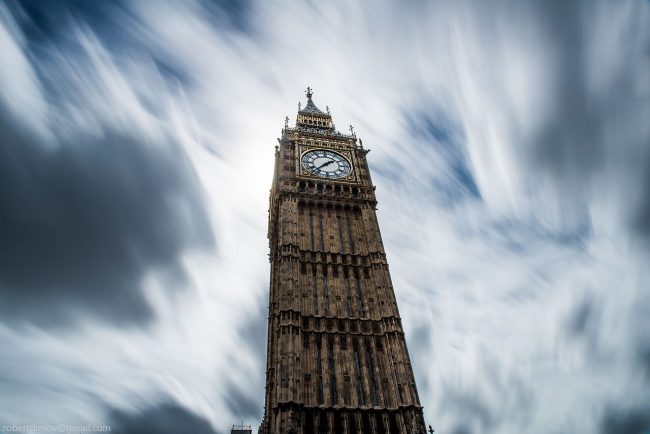 This was due in part to its citizens emitting a long, deep breath expressing their relief that The Donald would not be setting foot across the pond any time soon.

“The huge gusts of wind caused my papers to fly everywhere!” said Amir who distributes the Evening Standard outside of Oxford Circus tube Station.

Though he was quick to add, “It wasn’t really an issue because people seemed so pleased by the headline news, that the papers were quickly picked up by passersby. In fact, I finished early that day!”

A spokesperson for the British US Embassy explained that the winds caused minimal damage to the newly finished American Embassy at Nine Elms, stating that the response of the London population was “Completely understandable and mutually reciprocated by Embassy staff.”

The spokesperson went on to reassure that there was “no doubt” that they would be able to find the money needed to make the repairs using the generous profits obtained in the sale of their Grosvenor Square property.

Having been opposed to a visit by Trump for some time now, Mayor Sadiq Khan took to the president’s favourite form of communication by tweeting that “Londoners have made it clear that Donald Trump is not welcome here […] It seems he’s finally got that message.”

The Mayor soon followed up with a second tweet stating that he felt “Proud to witness the physical demonstration of Londoners’ disdain for Trump through today’s heavy winds.”

With President Trump’s visit seemingly at bay for the near future, BBC meteorologists assured Londoners today that with winds now calming they could expect clouds to be returning to, once more, the usual gloomy grey London.